News reporter Malvin “Mal” Russell Goode was the first African-American to hold a regular job on-air in journalism. Goode covered civil rights marches and made sure that the issues surrounding African-Americans were known to the public.

Goode was born in White Plains, Virginia. He was educated in the public school system of Homestead, Pennsylvania, and graduated from the University of Pittsburgh in 1931. He worked for 12 years as a laborer in the steel mills while in high school and college.

He worked for the Pittsburgh Housing Authority for six years and with the Pittsburgh Courier for 14 years. In 1962, he became the first Black person to work as a news correspondent for an American television network (ABC) as a United Nations reporter. Goode’s first assignment was covering the Cuban Missile Crisis; he distinguished himself with incisive TV and radio reports during the long hours of debate at the UN.

In 1963, he worked together with his peers to conduct courses in journalism for over 100 African students in Lagos, Nigeria; Addis Ababa, Ethiopia; and Dar es Salaam, Tanzania. Goode refused to accept stories that only related to African-Americans; he wanted a chance to make a difference in the lives of all people.

Goode was a member of Alpha Phi Alpha fraternity, and covered the assassination of his fellow fraternity brother, Martin Luther King, Jr., in 1968. He also became the first Black member of the National Association of Radio and Television News Directors in 1971. Malvin R. Goode died on September 12, 1995. 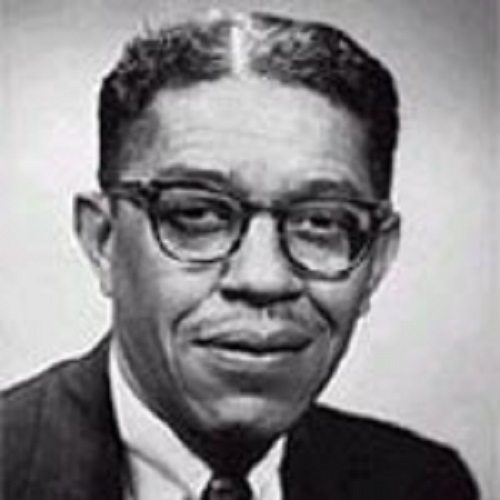