Fort Gadsen was known as the “Negro fort,” this citadel was built during the War of 1812 by the British and was meant as a tool to recruit runaway slaves and Seminoles to battle the Americans. Once the war concluded, the British abandoned the fort.

Some black men left with the British as they were promised freedom, while some 300 blacks and Indians were holed up in the fort under the leadership of a black fugitive named Garson and a Choctaw chief. Irate at the notion of a community of defiant blacks, white slave owners called on the U.S. government to help them recapture their runaway slaves.

On June 27, 1816, under the orders of President Andrew Jackson, the fort was attacked and destroyed. Only 50 of the 320 settlers survived. Today the state park still contains a network of trenches as well as the earthen outlines of the old fort. 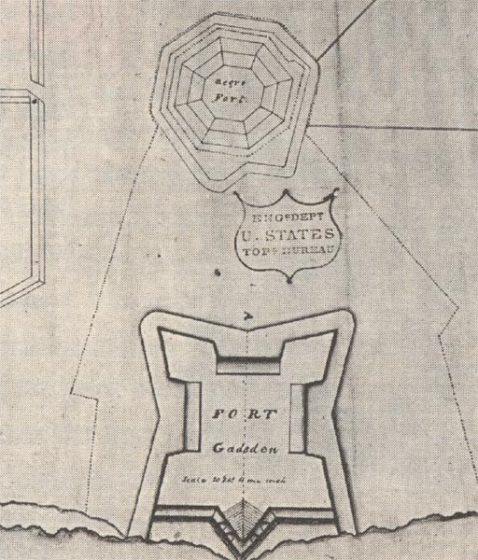 Fort Gadsen
« Previous PostJohn Gilmore Riley: Rose to Prominence as an Educator and Civic Leader Next Post »On This Day in Black History: Johnny Rogers is Awarded the Heisman Trophy