Margaret Allison Bonds: One of the First Black Composers & Performers Recognized in the U.S 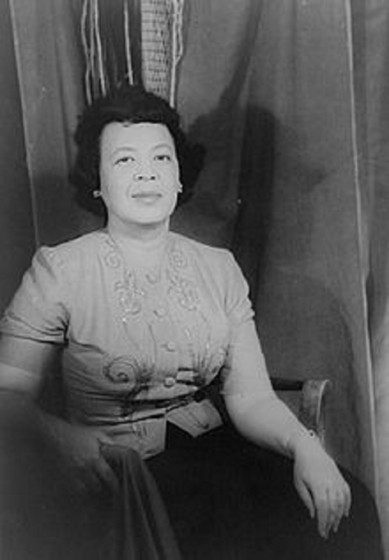 Margaret Bonds was an American composer and pianist. One of the first black composers and performers to gain recognition in the United States, she is best remembered today for her frequent collaborations with Langston Hughes.

Margaret Allison Bonds was born on March 3, 1913, in Chicago. She grew up in a home visited by many leading black intellectuals during the era. Upon her high school graduation, Bonds became one of the few black students at Northwestern University. Her song “Sea-Ghost” won a Wanamaker Award in 1932; two years later, at the age of 21, she left Northwestern with a bachelor’s and master’s degree both in music.

After college, she opened a short-lived school, the Allied Arts Academy, where she taught music, ballet, and art. She relocated to New York City where she found work editing music for a living. Bonds continued to take in piano students after her marriage, and while she was still a student. She performed, too, gaining work with major orchestras and forming a piano duo with Gerald Cook.

At the same time, she formed the Margaret Bonds Chamber Society, a group of black musicians which performed mainly the work of black classical composers. Bonds lived in Harlem and worked on many music projects in the neighborhood. She helped to establish a Cultural Community Center and served as the minister of music at a church in the area.

Bonds later became active in the theater, serving as music director for numerous productions and writing two ballets. She also wrote several music-theater works, including Shakespeare in Harlem to a libretto by Hughes; this premiered in 1959. In 1965, at the time of the Freedom March on Montgomery, Alabama, Bonds wrote Montgomery Variations for orchestra, dedicating it to Martin Luther King, Jr… Two years later, she moved to Los Angeles, teaching music at the Los Angeles Inner City Institute and at the Inner City Cultural Center.