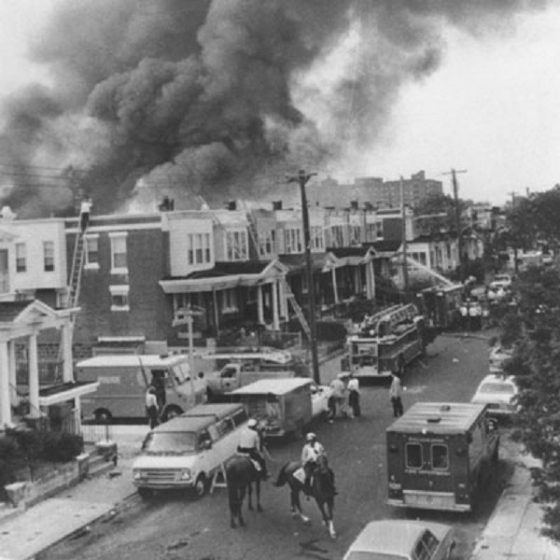 On May 13, 1985, Move Headquarters was bombed. With the approval of Black Mayor Wilson Goode, the Philadelphia police department dropped explosive devices on the home and headquarters of the organization. By May 14, 1985, lives had been lost and people displaced from their homes.

MOVE was founded by John Africa (Vincent Leaphart) in 1972. The members refused to use modern technology and vowed to protect the rights of animals. They pushed for people to move away from material things and go back to the natural way of life.

Over the years, MOVE members found themselves constantly in trouble with law enforcement. Nine members were sentenced to a hundred years in prison when a police officer was killed in 1978 after trying to evict the group from their home. Even after the group moved to a different location, they continued to be hit with different violations. They eventually were labeled a terrorist organization by Mayor Goode and the police.

By the morning of May 13, 1985, the police were moving in on MOVE’s home and headquarters. More than 10,000 rounds of ammunition went into the home. Although the house was also hit with tear gas and fire hoses the members refused to give up. The rooftop caught fire which began to spread from row house to row house but the operation was still not called off. The fire raged, destroying everything in its path.

Backlash fell upon Mayor Goode, many saying he was grossly negligent for not calling the operation off after knowing that children were in the home. Sixty-one homes were destroyed and engulfed in fire, eleven people, including five children, were killed.