Lucy Slowe: One of the Founders of Alpha Kappa Alpha & The First Black Woman to Win a Major Sports Title 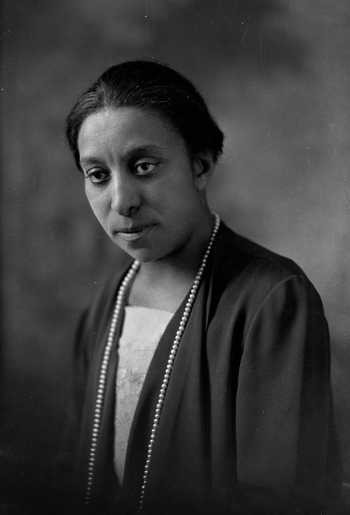 Lucy Diggs Slowe was one of the original sixteen founders of Alpha Kappa Alpha Sorority. However, she was also the first African-American woman to win a major sports title, winning the national title of the American Tennis Association’s first tournament in 1917.

Slowe was born in Berryville, Virginia to Henry Slowe and Fannie Porter Slowe. Her father was a hotel operator. After both her parents died when Lucy was young, she was raised by her aunt Martha Price in Lexington, Virginia. At thirteen, Lucy and her family moved to Baltimore, Maryland, where she attended the Baltimore Colored School and graduated second in her class in 1904.

She went on to become the first person from Baltimore Colored School to attend Howard University. There she and eight other women founded Alpha Kappa Alpha Sorority, Incorporated. The sorority was founded on January 15, 1908. Slowe was instrumental in drafting the sorority’s constitution and also served as the chapter’s first president.

After graduation, Slowe returned to Baltimore to teach English in high school. During the summers, she studied at Columbia University in New York, where she earned her Masters of Arts degree in 1915.

In 1917, she won the American Tennis Association’s first tournament. Slowe was the first African-American woman to win a major sports title. Two years later, in 1919, the District of Columbia asked her to create the first junior high school in its system and then appointed her principal.

Howard University selected her as the first College Dean of Women. She was the first African-American female to serve in that position. Slowe continued to serve as a college administrator at Howard for the rest of her career, which was another 15 years.

Slowe founded both the National Association of College Women, which she led for several years as the first president and the Association of Advisors for Women in Colored Schools.  She served as College Dean at Howard University until her death on October 21, 1937.