May 30, 1965: Vivian Malone Jones Graduates From University of Alabama

On this day in Black history, Vivian Malone Jones graduated from the University of Alabama in 1965. The beginning of her story is well known and discussed often when going into segregation in the South, Alabama history, and the Civil Rights Movement of the 1950s and 1960s. However, her story often stops at Governor George Wallace standing in the doors of the University and President John Kennedy having to step in.

A keen, National Honor Society student, Vivian Malone pursued her studies at Alabama A&M initially. After two years, she earned her Bachelor’s in business education in 1961. Her credentials weren’t recognized as Alabama A&M wasn’t fully accredited by the Southern Association of Colleges and Schools.

Basically froze out of work opportunities that met her talents in Alabama, Vivian Malone moved to Washington D.C. where she was a part of the Department of Justice’s civil rights division as a research analyst. She also worked as an employee relationship specialist for the main office of the Veteran’s Administration. Malone continued her education in D.C. at George Washington University, earning a Master’s in public administration.

She would move through different positions in Washington D.C. centered around civil rights. Malone pushed for voter equality and opportunities for Black people as the Executive Director over the Voter Education Project.

When she retired in 1996, she had served in a director role for the EPA. She was over the department’s Civil Rights and Urban Affairs Division and Environmental Justice division. Afterward, she settled in Atlanta and sold insurance.

While she left federal service for rights, she was still involved in several groups. In 2000, she was given an honorary doctorate of humane letters. Vivian Malone Jones passed in 2005 at the age of 63 in Atlanta. 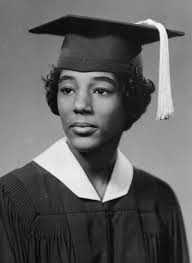 University of AlabamaVivian Malone
« Previous PostThis Man Not Only Invented The Gas Mask But Rescued 32 Men During An Explosion With It Next Post »Anna DeCosta Banks: First African-American Head Nurse of the Hospital and Training School for Nurses