[Poem] An Agony. As Now. by Amiri Baraka

An Agony. As Now.

I am inside someone
who hates me. I look
out from his eyes. Smell
what fouled tunes come in
to his breath. Love his
wretched women.
Slits in the metal, for sun. Where
my eyes sit turning, at the cool air
the glance of light, or hard flesh
rubbed against me, a woman, a man,
without shadow, or voice, or meaning.
This is the enclosure (flesh,
where innocence is a weapon. An
abstraction. Touch. (Not mine.
Or yours, if you are the soul I had
and abandoned when I was blind and had
my enemies carry me as a dead man
(if he is beautiful, or pitied.
It can be pain. (As now, as all his
flesh hurts me.) It can be that. Or
pain. As when she ran from me into
that forest.
Or pain, the mind
silver spiraled whirled against the
sun, higher than even old men thought
God would be. Or pain. And the other. The
yes. (Inside his books, his fingers. They
are withered yellow flowers and were never
beautiful.) The yes. You will, lost soul, say
‘beauty.’ Beauty, practiced, as the tree. The
slow river. A white sun in its wet sentences.
Or, the cold men in their gale. Ecstasy. Flesh
or soul. The yes. (Their robes blown. Their bowls
empty. They chant at my heels, not at yours.) Flesh
or soul, as corrupt. Where the answer moves too quickly.
Where the God is a self, after all.)
Cold air blown through narrow blind eyes. Flesh,
white hot metal. Glows as the day with its sun.
It is a human love, I live inside. A bony skeleton
you recognize as words or simple feeling.
But it has no feeling. As the metal, is hot, it is not,
given to love.
It burns the thing
inside it. And that thing
screams.

Amiri Baraka was a dramatist, poet, essayist, orator, and fiction writer. He is perhaps the preeminent African-American literary figure of our time. Yet, until now, it has been impossible to find the full range of his work represented in one volume.

Baraka incited controversy throughout his career. He was praised for speaking out against oppression as well as accused of fostering hate. With the rise of the civil rights movement Baraka’s works took on a more militant tone. His trip to Cuba in 1959 marked an important turning point in his life. His view of his role as a writer, the purpose of art, and the degree to which ethnic awareness deserved to be his subject changed dramatically.

After Black Muslim leader Malcolm X was killed in 1965, Baraka moved to Harlem and founded the Black Arts Repertory Theatre/School. The Black Arts Movement helped develop a new aesthetic for black art and Baraka was its primary theorist. 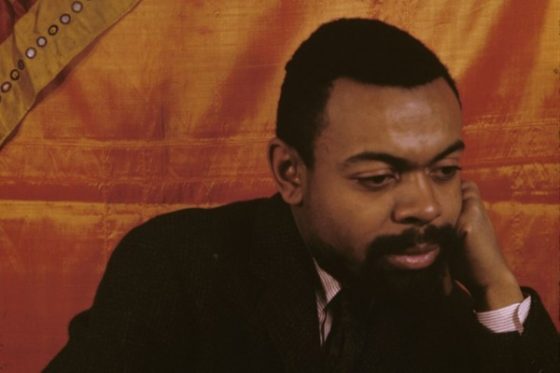