Robert Sengstacke Abbott founded the Chicago Defender on May 5, 1905.

The Defender was founded as an outlet to entice African-Americans to relocate north from southern states during the Great Migration. Abbott even set a date of May 15, 1917, for what he called “The Great Northern Drive” to occur. In his weekly, he showed pictures of Chicago and had numerous classifieds for housing. In addition, Abbott wrote about how awful a place the South was to live in comparison to the idealistic North; his words described the North as a place of prosperity and justice.

Historically, the Defender was considered the “most important” paper of what was then known as the colored or negro press. Abbott was also the founder of a short-lived paper called Abbott’s Monthly. 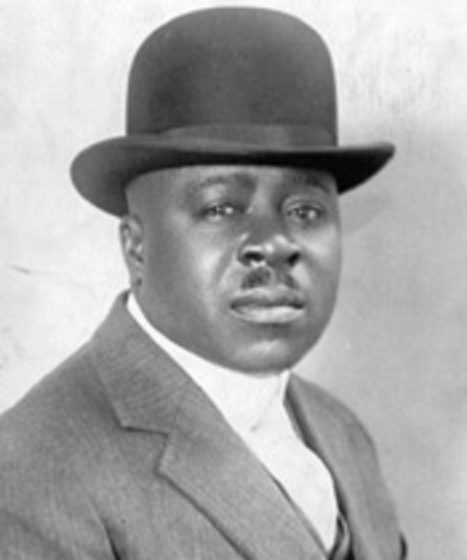 Abbott was born in Georgia to formerly enslaved parents. He studied printing at Hampton University and went on to become an attorney. After briefly practicing law, he set up a printing room at his boarding house in Chicago, Illinois, and found The Defender with an initial investment of 25 cents.

Abbott published the first issue, a run of 300 copies, on May 6, 1905. The Defender began as a four-page weekly handbill filled with local news and reproductions of clippings from other newspapers. Abbott initially sold both subscriptions and advertising for the paper himself by going door-to-door throughout Chicago.

Many great journalists and writers were featured in the paper, including Gwendolyn Brooks and Langston Hughes. The paper was considered quite explicit in condemning racial injustice.

Abbott became one of the first African-American self-made millionaires. On February 29, 1940, Abbott died of Bright’s disease and left the paper in the control of his heir and nephew, John Henry Sengstacke. Abbott had taken a special interest in his nephew, paying for his education and grooming him to take over the Defender, which he did in 1940 after working with his uncle.