Henry McNeal Turner: Helped Organize Both the AME Church and the Republican Party in Georgia 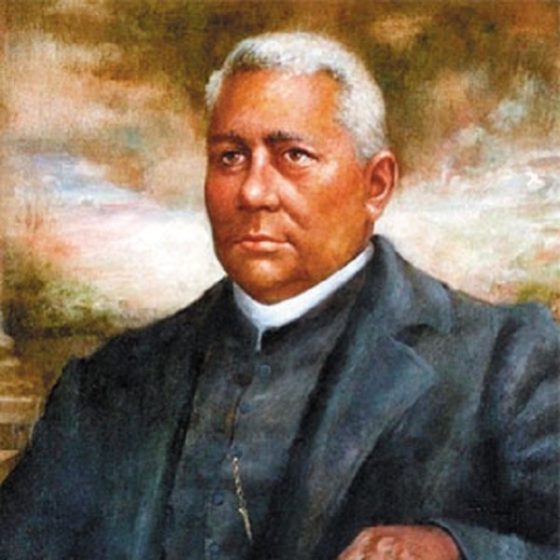 Clergyman Henry McNeal Turner was born on February 1, 1834, in Newberry, South Carolina. He was the son of Hardy Turner and Sarah Greer. During his younger years, his mother hired a tutor to help with his education, but South Carolina law forbade education of black children, so the tutor was let go.

His father died while Turner was still in his youth, leaving his mother to raise him. The family later moved to Abbeville in 1848 after his mother married Jabez Story. Turner found work as a janitor in a lawyer’s office, and despite the law, he was educated on many subjects including history, law, and theology by the man.

After a life altering experience in July 1849 on a campground outside Abbeville due to the evangelism of a white Methodist preacher, Turner joined the Methodist Episcopal church. He was later licensed to preach in 1853 and began traveling to spread the word to black and white audiences.

Turner enjoyed his acceptance as a Methodist preacher, but he disliked the pro-slavery politics of antebellum South Carolina. One event that shocked him was Representative Preston Brooks’s 1856 caning of Massachusetts Senator Charles Sumner on the floor of the U.S. Senate, an event that later prompted Turner to refer to South Carolina as “the pestiferous State of my nativity.”

In 1865, he moved to Georgia and helped organize both the AME Church and the Republican Party. He served as a member of the Georgia House of Representatives and also briefly as a U.S. postmaster in Macon. After 1865, he made his home in Georgia.

After the 1906 riots in Atlanta that devastated the black community, Turner declared that “hell is an improvement upon the United States where the Negro is concerned.” Turner made it known that when it was his time to die, he didn’t want it to be in the United States because of its denial of human rights, and he did not. On his way to an AME Church conference in Canada, he suffered a massive stroke as he disembarked the ferry at Windsor, Ontario, and he died several hours later on May 8, 1915. He was buried in Atlanta.