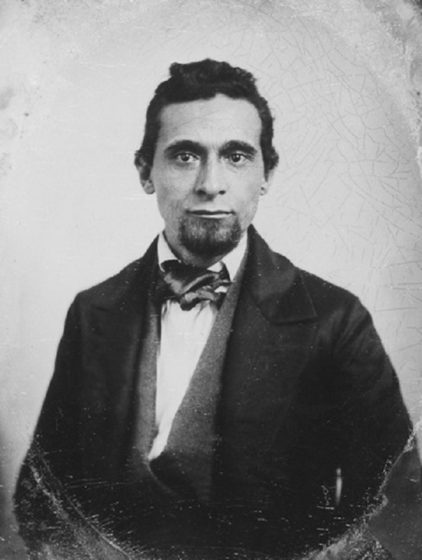 Robert W. Simmons, was a barber, politician and pioneer in black education. Simmons was born around 1822 at Fredericksburg, Virginia. His father, Streshley Simmons, was a free black citizen of Virginia and a veteran of the War of 1812. Very little is known about Simmon’s upbringing, however, his later work as a journalist suggest he had some formal education.

His livelihood, however, came from barbering, which made him well-known throughout out Parkersburg, West Virginia. The city became his home in 1841 and where, he met and married Susan King in 1843.

By 1858, Simmons was the father of nine children. His concern for his children’s education propelled him in 1862 to found the Sumner School, a private school for the town’s black children. The tuition was one dollar per month, but children whose families were unable to pay were allowed to attend free of charge.

Classes initially were housed in a dilapidated army barracks. Some legends has it that Simmons, on horseback, made a long and dangerous war-time trip to Washington, where he secured the building directly from President Lincoln.

The institution became a landmark in the history of education, becoming West Virginia’s earliest black public school in 1866. One year later, Simmons helped to establish a black Sunday school in Parkersburg, West Virginia and served as its first superintendent.

Simmons was an influential Republican, and a delegate to the party’s 1872 and 1876 national conventions. As a politician, who for years controlled the local African-American vote and wielded statewide power, he received many marks of recognition during the last three decades of his life. These culminated in his appointment by President Grant as U.S. consul to Haiti, which Simmons declined.

Robert W. Simmons
« Previous PostThe First Black Woman in 3 Decades to be Nominated for the Best Comedy Actress Emmy, Tracee Ellis Ross Next Post »5 Childhood Songs And Rhymes With Racist Origins. The List Might Surprise You