Shuffle Along: All-Black Broadway Musical of 1921

Shuffle Along, which was a musical comedy that featured an all-black cast, was a huge achievement in black theater during the early 20th century. Produced by composer Eubie Blake and lyricist Noble Sissle, Shuffle Along opened at the Howard Theater in Washington, D.C in late March, 1921. It premiered on Broadway later that year and launched the careers of Josephine Baker, Paul Robeson, and Adelaide Hall.

There was much skepticism about the show being a success because producers were not sure if a white audience would accept a black musical. At the time, no other black show had been successful on Broadway in over a decade. However, the musical was an overnight success because of the high-spirited personalities of the energetic dancers.

The show won the distinction of becoming an actor’s show, and gave many black actors their first opportunity to perform in a Broadway musical. The show ran for over 500 performances; once it left New York, it continued to tour for three years. Shuffle Along was considered by many to be the first black musical to play in white theaters.

Recording companies marketed all of the 18 songs from the show, including “Love Will Find a Way” and “I’m Just Wild about Harry,” which became President Harry S. Truman’s campaign slogan in 1948.

Shuffle Along was a turning point in the history of black entertainment. Thanks to the show’s success, black musical comedies started to perform regularly on Broadway. 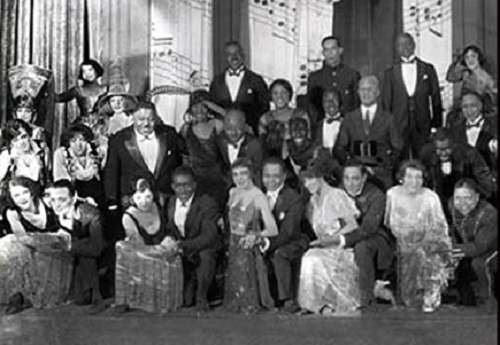