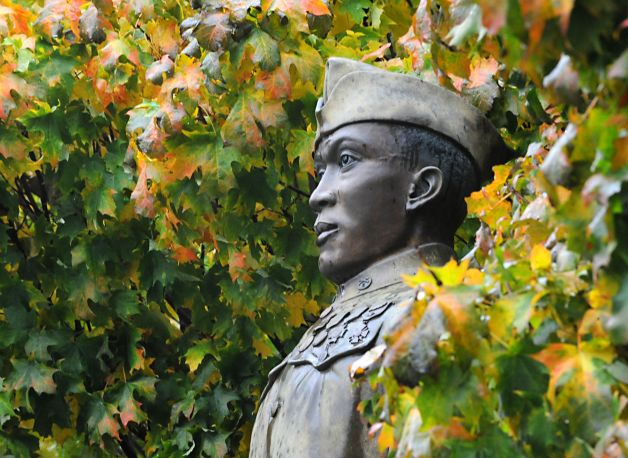 From the Sgt. Henry Johnson statue in Washington Park to the pocket park dedicated to the African-American World War I hero on Henry Johnson Boulevard in Arbor Hill to the 1972 mural of Johnson inside City Hall, joyful news rang out late Thursday afternoon of a long-delayed recognition and redemption of an injustice. Johnson, who died in 1929, will be awarded the Medal of Honor, the nation’s highest military award.

In a White House announcement tinged by the long shadow of racial injustice, the nation’s first African-American president, Barack Obama, said he will award the nation’s highest military honor on June 2 to a black soldier who displayed “conspicuous gallantry.” Johnson served in a segregated Army and returned home to a city and country deeply divided by race. He died broken and penniless. A three-decade campaign on behalf of Johnson was waged most vigorously by John Howe, of Albany, a black Vietnam War veteran who died in 2005.