The Black Holocaust: The Terroristic Destruction of Black Wall Street

What happens when African American people do as they’re told by the white supremacist power structure? For a concrete example, go back to the spring of 1921. Tulsa, Oklahoma, was the home of one of the wealthiest black communities in the nation, full of black-owned doctors’ offices, law firms, banks, stores, and other essential features of a well heeled, well maintained, well-managed neighborhood in capitalist America. This community was so prosperous that it was known as the “Black Wall Street,” officially known as Greenwood. White supremacy simply couldn’t tolerate such an independent black community in their midst. If blacks were to exist in America, they were to be beaten down and maintained as peons and wage laborers without wages. To this end, they felt that something had to be done. They found the complete canard on May 30, 1921, around 4:00 PM. At this time, Dick Rowland, a black shoeshiner, entered an elevator operated by a 17-year-old white female named Sarah Page. A clerk at a nearby shoe store heard what he thought was a woman’s scream and saw a young black male running from the building. He subsequently called the police, believing that Page had sexually assaulted.

Rowland was arrested on Greenwood Avenue on May 31st, and taken to the courthouse. The legal community in Tulsa, many of whom had been served by Rowland, was in disbelief, believing that he was incapable of committing this alleged offense. A lynch mob composed of angry whites proceeded to gather, spurred on by sensationalist headlines in a local newspaper. The black community of Greenwood offered to provide armed defense for Rowland, working in conjunction with the Sheriff’s Department, but he turned them away, saying that Rowland was safe. This didn’t satisfy the young, black WWI veterans, who returned once again to defend Rowland later that evening, at around 10:00 PM. One of the white mob ordered one of the black defenders to surrender his weapon which he refused to do. This apparently provoked a spate of gunfire, which was returned. At the end of this 10-second long battle, ten whites and two blacks were dead or dying in the streets in front of the courthouse. This provoked the white lynch mob to pursue the black defenders back towards Greenwood, randomly opening fire on any black person in sight. The crowd eventually began attacking and burning black-owned businesses and even used a plane to attack Greenwood from the air with firebombs and rifles. The residents of Greenwood waged a bitter struggle, taking a physical toll on anybody who tried to invade and attack their community. Many died from smoke inhalation or gunfire, and many more fled for their lives. The National Guard was mobilized to “restore order”. Overall, the death toll was above 150, the majority of the victims being black, and at least 800 people being admitted to hospitals with severe injuries. The commercial district of Greenwood was entirely destroyed, with schools, businesses, and two black hospitals being burned to the ground. This situation offers a clear and concrete example of what happens when a black community, through its success, arouses the anger of white supremacy, and of the need to defend black communities from violence and racist rage. If the people of Greenwood hadn’t defended themselves, there would have undoubtedly been a violent massacre that claimed thousands of innocent black lives. Dick Rowland escaped from Tulsa after charges against him were dropped, going apparently to Kansas City.

Want To Learn More About The Black Holocaust. 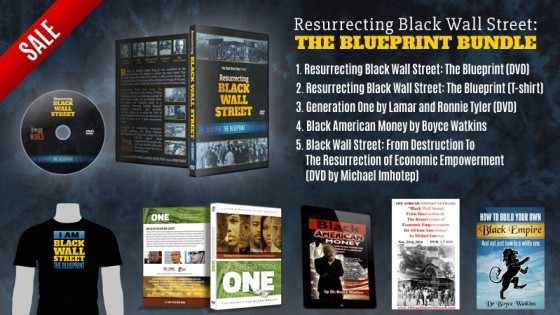