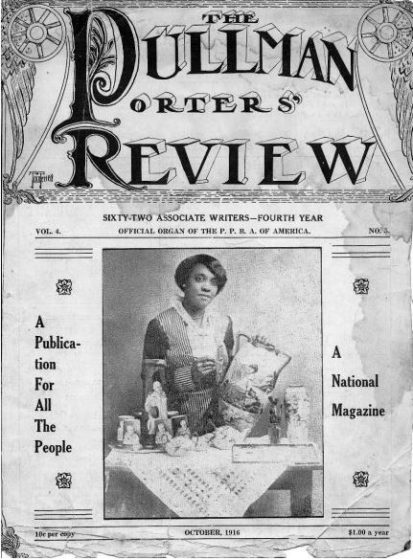 Ethel Worthington was one of the few black artists and photographers allowed to showcase her work at the World Columbian Exposition in 1893. The World’s Columbian Exposition was a world’s fair held in Chicago in 1893 to celebrate the 400th anniversary of Christopher Columbus’s arrival in the New World in 1492.

Worthington painted bone China for the Marshall Fields Company. She did everything from start to finish. She later went on to sell and display artwork at the Chicago Marshall Fields Store on State Street in Chicago.

During Worthington’s time, black people were excluded from all other aspects of the fair – from planning to employment. She was not only an artist and photographer, she painted bone China for the Marshall Fields Company.