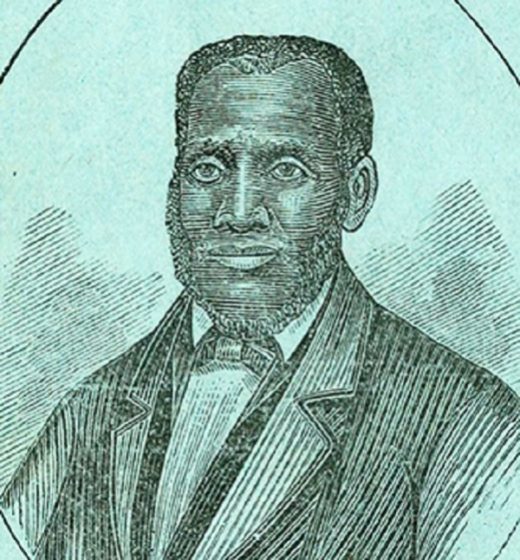 Thomas H. Jones was a self-educated abolitionist, minister, and author who spent much of his early life in Wilmington, North Carolina. Most information about Jones is from his popular autobiography and slave narrative titled Experience and Personal Narrative of Uncle Tom Jones; who was for Forty Years a Slave.

Jones was born a slave in 1806. His parents and siblings were slaves. The names of his parents were not mentioned in his narrative, but five siblings: Alexander, Charles, John, Richard, and Sarah were mentioned.

Jones was owned by a man named John Hawes. Hawes owned a large plantation in New Hanover County, about forty-five miles from Wilmington. The Hawes plantation was home to over fifty slaves. In his narrative Jones discusses slavery and oppression, recalling an average work day ranging from first light till dark, as well as the rugged conditions of their labor.

Jones was taken from his family and sold in 1815 to a man by the name of Mr. Jones. From this master, he got the surname, Jones. Once at the Jones residence in Wilmington, Thomas, received his first whipping.

“My tasks for that day were neglected. The next morning my master made me strip off my shirt, and then whipped me with the cowhide till the blood ran trickling down upon the floor. My master was very profane, and, with dreadful oaths, he assured me that there was only one way for me to avoid a repetition of this terrible discipline, and that was, to do my tasks every day, sick or well.”

Mistress Jones never cared much for Jones, most of the time, she demanded him out of her sight. After a year, she insisted he be put to work in the general store far away from her gaze. While working in the general store, Jones met David Codgell, who was a kind man and sympathized with what the slaves went through. However, Codgell was fired because of his differing treatment of slaves and a white boy by the name of James Dixon was hired to run the register.

One day Jones noticed Dixon reading a book, he began to question him about learning and education. Jones realized education was the only way to free the mind and the body from the chains of oppression. Tired of being kept ignorant, he obtained a spelling book after multiple failures and spent every waking minute of his spare time trying to find meaning in the scribbles.

Jones attended a meeting led by Jack Cammon, a free African American man, and Methodist preacher. After the experience at the church, Jones begged his master to allow him to join the church and take classes.

After the death of his master Mr. Jones in 1829, Thomas was sold to Owen Holmes for 435 dollars. It was also at this time that Thomas revisited his birthplace, Hawes Plantation. To his horror, he discovered that his family had been separated and his father, brothers, and sisters sold throughout the South. His mother was the only one who remained. It was at this time Jones made the decision that he would no longer be a slave and do whatever it took to break the chains of oppression.

Jones became a renowned speaker and activist against slavery. His narrative helped sway popular opinion, while his many speeches reached the masses. He orignially sold his narrative to help purchase his son’s freedom. By 1859, Jones moved to Worcester, Massachusetts and remained there until 1862. The date of his death is not known, but he lived to see his narrative reprinted with additions in 1885.