Vera Pigee: Pivotal in the Desegregation of the Whites-Only Bus Terminal in Clarksdale, MS 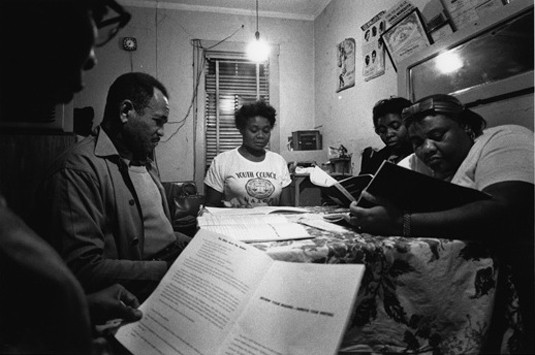 Vera Pigee was an American civil rights worker in Clarksdale, Mississippi. She served as branch secretary to the Coahoma County chapter of the NAACP, a chapter she helped organize with civil rights leader Aaron Henry. She was an advisor to the Mississippi state NAACP Youth Council. The group received its charter in 1953 and remained at the fore of civil rights activities in the Mississippi Delta for years. In fact, the branch had such a large active membership that SNCC and CORE had little to do there and focused more on other towns and counties in the state.

Pigee also served as the supervisor to her region’s Citizenship Schools, which held classes on voter registration for African-Americans. With fellow NAACP members, she played a pivotal role in desegregating the Clarksdale Bus Terminal in 1961. Under her leadership, black members of the Youth Council entered the whites-only train station, attempted to purchase tickets, and were arrested. Pigee herself, along with other women in Clarksdale, desegregated the whites-only bus terminal by sitting in the waiting room day after day and appealing to the U.S. Department of Justice. After being threatened with a lawsuit, the bus terminal removed its “Whites Only” signs.

Ben C. Collins, the Clarksdale chief of police, called her “the most aggressive leader of the NAACP in Clarksdale.”
She owned a beauty shop so that her income didn’t depend on the white community. Her activism didn’t cause her to lose her job. In addition, in 1963 she got harassed because of using the “white-only bathroom”.

After earning her doctorate in journalism, she chronicled her work with the NAACP in her first book, Struggle of Struggles: Part I. A street in Clarksdale, Mississippi bears Pigee’s name.

Vera Pigee
« Previous PostSocial Search: This viral photo changed America — in 1863 Next Post »His Song Became One Of The Anthems Of The Civil Rights Movement And Chronicled Black Pain And Hopefulness For The Future