Have you seen? Let us know below. Vintage Photos Inside Harlem’s Cotton Club

The Cotton Club might be Harlem’s most famous surviving jazz venue, but during the Harlem Renaissance that started after World War I and ended sometime during the Great Depression, it was also the neighborhood’s most notorious. It had been opened by Jack Johnson, the first African American world heavyweight boxing champion, as the Club Deluxe (or Club De Luxe) in 1920. White gangster and bootlegger Owney “The Killer” Madden bought and took over the club in 1923–the same year he was released on parole from what would have been a twenty year-long imprisonment at Sing Sing. He would use the venue, which he had renamed the Cotton Club, primarily as a means to sell bootlegged alcohol. The club was closed in 1925 for selling alcohol, but quickly re-opened. After prohibition, the club continued to feature some of America’s best jazz musicians, and attracted New York’s celebrities and socialites. 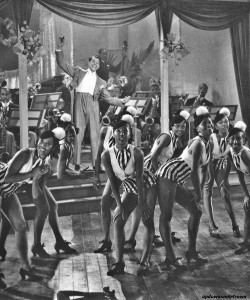 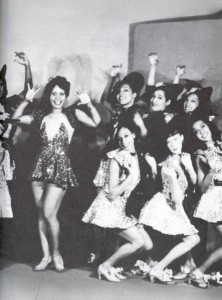 Cab Calloway and dancers at the Cotton Club in 1937. Source: Tumblr.