Warren Washington: One of the First Developers of Atmospheric Computer Models in the 1960s 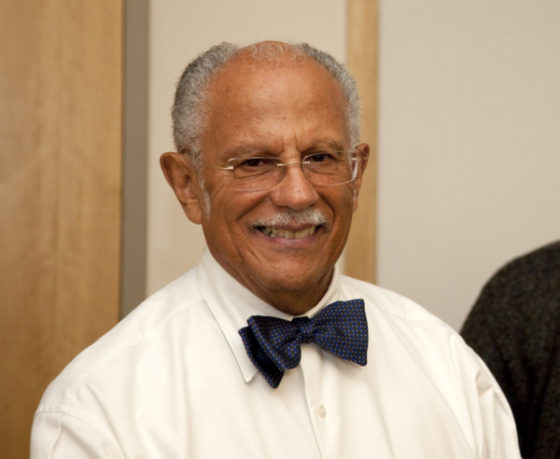 Warren Washington became one of the first developers of atmospheric computer models in the early 1960s at the National Center for Atmospheric Research in Boulder, Colorado. These computer models use the fundamental laws of physics to predict the future states of the atmosphere. Because these equations are so complex, it is nearly impossible to solve them without a large computer system.

Washington was born in Portland, Oregon. He graduated from Oregon State University with a B. S. and an M.S. in meteorology, and obtained a doctoral degree in meteorology from Pennsylvania State University in 1964. He joined the National Center for Atmospheric Research in 1963 as a scientist and then moved through the ranks to become senior scientist in 1975.

From 1974 to 1984, Warren Washington served on the President’s National Advisory Committee on Oceans and Atmosphere. In 1995, he was appointed by President Clinton to a six-year term on the National Science Board. In 1997, he was awarded the Department of Energy Biological and Environmental Research Program Exceptional Service Award for Atmospheric Sciences in the development and application of advanced coupled atmospheric-ocean general circulation models to study the impacts of anthropogenic activities on future climates.

Washington has received numerous awards including the U.S. Department of Energy awarded Washington the Biological and Environmental Research Program Exceptional Service Award for Atmospheric Science in 1997, for the development and application of advanced coupled atmospheric-ocean general circulation models to study the impacts of human activities on future climate. Also in 1997, Washington was inducted into the Portrait Collection of African Americans in Science, Engineering, and Medicine of the National Academy of Sciences. In 2010, he was awarded the National Medal of Science by President Obama, the nation’s highest science award “for his development and use of global climate models to understand climate and explain the role of human activities and natural processes in the Earth’s climate system and for his work to support a diverse science and engineeringworkforce.”