Wiley Griffon: First African-American Employee at the University of Oregon 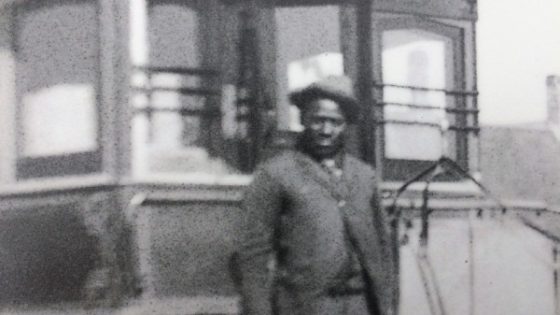 Griffon was born in 1867. He first arrived in Oregon in 1890. Prior to working at the university, he served as the driver of the town’s first streetcar service — a single mule-powered car that ran on narrow-gauge tracks from the Southern Pacific Railway station to the university.

He took the job at the university when the streetcar shut down its services. In addition to working at UO, he took on various other jobs, including working for “Grandma Munro at her famous eating house on the O.R. & N. line at Meacham,” serving as “a waiter on a dining car on the railroad,” and working “at many odd jobs in Eugene and at other points in the valley,” said the Eugene Daily Guard.

He eventually owned a home overlooking the Millrace on the site of what is now EWEB’s employee parking lot and become one of the most respected African Americans in the city. When he died in 1913 he was working at the Elks Club in Eugene.

Wiley Grifon
« Previous PostWarren Clay Coleman: One of the South's Richest African-Americans Next Post »The Evolution Of "The Black National Anthem"