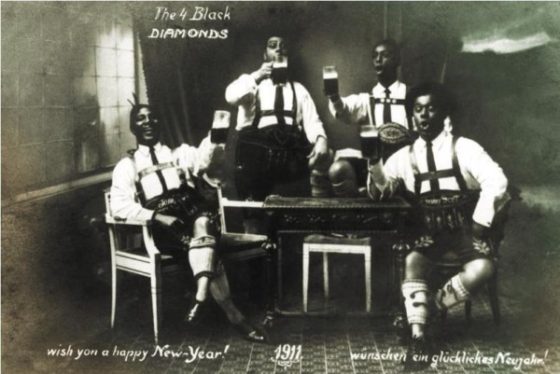 The 4 Black Diamonds were a quartet group who toured extensively throughout Europe. The group arrived in 1905 and became well-known throughout the country. The group’s standard repertoire included “American Song and Dance.”

The vocal quartet group was formed by Strut Payne, Norris Smith, Marino Barreto, and Sergio. After the group split up, Barreto was still active in the entertainment business in Spain in 1982. He later moved to Paris where he remains for numerous years. Marino appeared on test transmissions of BBC Television.