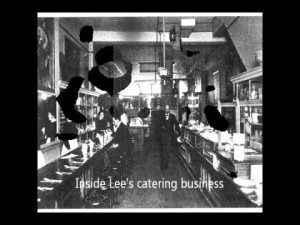 Joseph Lee’s birth in 1849 is celebrated on this date. He was an African American who invented machinery for processing food and became very prominent in the food industry.

Lee was born in Boston, MA, and as a boy worked at a bakery. He soon began preparing, cooking and serving food, eventually opening two successful restaurants in the Boston area. In the late 1890s, Lee owned and managed the Woodland Park Hotel in Newton, MA, for 17 years. In 1902, as a way of maintaining an involvement in the food services industry, Lee opened a catering business called the Lee Catering Company that served the wealthy population of Boylston Street in the Back Bay.

At the same time, he also operated the Squantum Inn, a summer resort in South Shores specializing in seafood. The catering business was a great success and during this time he became interested in eliminating the waste of bread, which would have to be thrown out if it was as much as a day old. He decided that instead of simply throwing stale bread away, he would use it to make breadcrumbs. He thus set out to invent a device that could mechanize tearing, crumbling, and grinding bread into crumbs. He was finally successful and patented the invention on June 4, 1895. He used the breadcrumbs for various dishes, including croquettes, batter for cakes, fried chops, and fish. He soon sold the rights to his bread-crumbling machine. It was not long before the Royal Worcester Bread Crumb Company of Boston had the devices in major restaurants around the world. 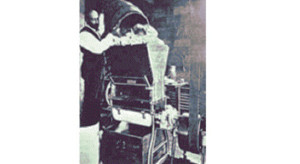 Lee then looked for another way of improving food preparation and invented an automatic bread-making machine. The machine mixed the ingredients and kneaded the dough, so quickly and efficiently, it was able to perform the tasks of five or six men and did so more hygienically and at a much lower cost. It also produced a higher quality product, with a much better taste and texture. He received a patent for the machine, which is the basis for machines still in use today.

Joseph Lee is an honored pioneer in the food preparation industry. He died died in 1905.