Amanda Berry Smith devoted her life to the ministry of the African Methodist Episcopal Church. She was also noted for opening the first orphanage for black children in Illinois.

Smith was born into slavery on January 23, 1837, in Long Green, Maryland. Her parents were slaves, but her father managed to purchase his family’s freedom in 1850. The family moved to a farm in York County, Pennsylvania. Smith was the oldest of 13 children. She had very little education and was mainly home-schooled. In later years, she attended a predominantly white school and was recognized for having a great singing voice and impressive vocabulary. She began to sing regularly at area churches and even to preach from the pulpit on occasion.

She joined the African Methodist Episcopal Church where her husband planned to pursue the ministry. However, his interest in the church quickly waned, while Smith’s interest increased. She felt a strong pull toward evangelism and total devotion to the church.

After the family moved back to New York in pursuit of job opportunities, she established ties with the local religious community. Smith lost her husband in 1869, and all three of their children died to illness as well. It was then that Smith devoted herself to her religion. She attended camp gatherings and revival meetings as often as she could. In 1878, Smith traveled to England. Although she was not ordained as a minister in any official capacity, she became the first black woman to work internationally as an evangelist. Through book sales, donations, and lecturing fees, she began to raise money for a new cause: an orphanage for black children.

She founded a small newspaper, “The Helper,” in order to generate publicity and income for the orphanage and other worthy charities. In 1899, the orphanage opened its doors to homeless African American girls. The 12-room brick house that served as the orphanage was the first of its kind in Illinois. After Smith’s death in 1915, the state of Illinois took over the orphanage, which was renamed the Amanda Smith Industrial School for Girls until it was destroyed by a fire in 1918. 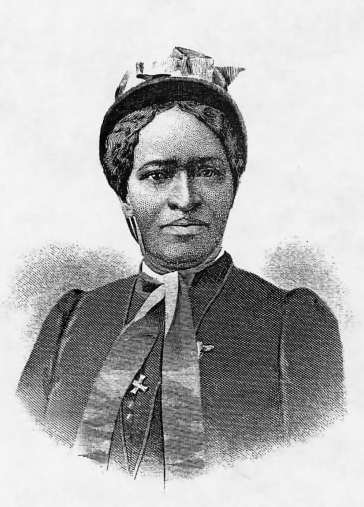