Basil Alexander Paterson was an American labor lawyer and politician. Born in Harlem, New York, he was the son of Leonard James and Evangeline Alicia Paterson. His father was born on the island of Carriacou in the Grenadines and arrived in the United States via New York City aboard the S.S. Vestris on May 16, 1917. His mother was born in Kingston, Jamaica, and arrived in the United States on September 9, 1919, aboard the S.S. Vestnorge in Philadelphia with a final destination of New York City.< Paterson attended De Witt Clinton High School in the Bronx and graduated at the age of 16. After graduating high school, he began working with a wholesale house. His studies continued through at St. John's University, where they were interrupted by a two-year stint in the army during World War II. He graduated in 1948 with a B.S. in biology. This was followed by admission to St. John's Law School, where he received a J.D. degree in 1951. After receiving his law degree, Paterson became involved in Democratic politics in Harlem during the 1950s and 1960s. By the early 1960s, he was a rising clubhouse leader. His 1964 election as president of the NAACP in Harlem was regarded as the prelude to a political career. In 1965, Paterson was elected to the New York State Senate, representing the Upper West Side of New York City and Harlem. He gave up his Senate seat in 1970 to run for lieutenant governor, as the running mate of former U.S. Supreme Court Justice Arthur Goldberg. The Goldberg/Paterson ticket lost to the Republican ticket of incumbent Gov. Nelson Rockefeller and Lt. Gov. Malcolm Wilson. Paterson died in 2014, he was 87. 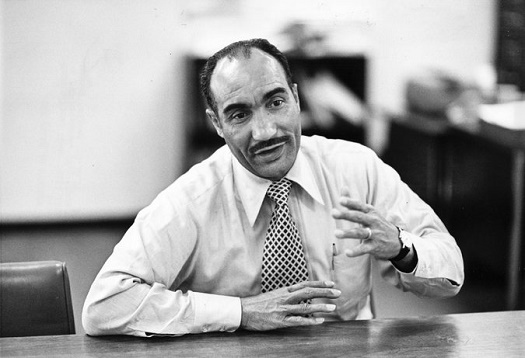