In 1929, the lives of people across the United States drastically changed. Devastation swept throughout the country, and it would take several years for people and businesses to recover. Rural blacks were extremely hit hard. Cotton prices dropped from 18 to six cents a pound, and many black farmers were not able to earn much money and went into debt.

Sharecroppers had no choice but to leave and head toward big cities. Several fields and homes were abandoned when blacks packed up and moved in search of a better life. During this time, jobs that usually only blacks held, including porters, maids, garbage men, and maids were sought out from unemployed whites.

A Klan-like group formed called the “Black Shirts” paraded around, carrying signs that read, “No Jobs for Niggers Until Every White Man Has a Job.” In many other cities, whites gathered together to shout to blacks “Niggers back to the cotton fields. City jobs are for white men.” In Mississippi where some blacks were working on a train, whites ambushed the trained and killed the blacks in order to take their jobs. Racial violence became more common, especially in the South. Lynchings, which had declined to eight in 1932, had quadrupled by 1933. 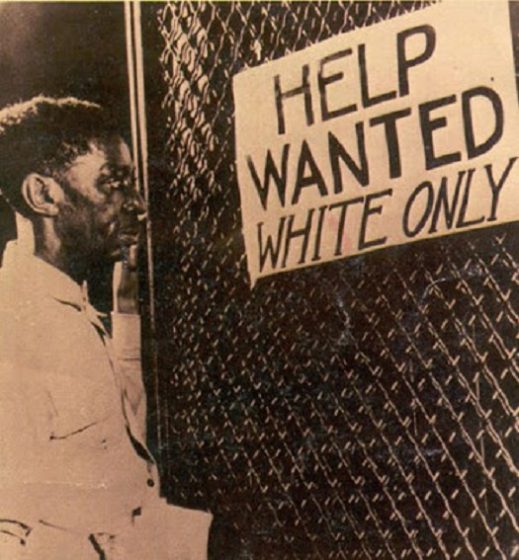 The only group in the early years of the Great Depression that concerned itself with the rights of rural blacks was the Communist Party. The Party successfully fought to save the lives of the “Scottsboro Boys,” nine black youths falsely charged with rape in Alabama. Even after President Roosevelt was elected, he nor Congress paid attention to what was going on with blacks during this time, as the President feared he would antagonize Southern Senators.

However, Mrs. Roosevelt was the one who started to fight in order to help the black population, as she spoke out whenever she could against the injustices and prejudice toward them. As a result, President Roosevelt began to publicly speak out against lynching and granted influential black leaders such as Mary McLeod Bethune access to the White House; these advisors were known as the “Black Cabinet.”