In my life, I didn’t have but two things to do. Those were to stay black and to die. I’m just not afraid to fight somebody big…Whenever there’s somebody being mistreated, if they want me, I’ll help them. – Mahala A. Dickerson

Mahala Ashley Dickerson was the first African-American woman to be admitted to the Bar associations of Alaska and Alabama. Dickerson grew up in Alabama on a plantation owned by her father. She later became close friends with Rosa Parks while attending a private school.

In 1935, Dickerson graduated from Fisk University. She later married Henry Dickerson and had triplets. She divorced her husband, and when her sons were 6, she went to Howard University School of Law, becoming one of four women to graduate in her class of 1936. In Indiana, she married Indianapolis attorney and later presidential candidate Frank R. Beckwith.

Dickerson was first to prosecute on of the first equal pay cases on behalf of female university professors, as these women were receiving lower salaries than their male colleagues. She was awarded the Margaret Brent Award from the American Bar Association, an honor also given to U.S. Supreme Court Justices Ruth Bader Ginsburg and Sandra Day O’Connor in 1995. Dickerson practiced law well into her nineties and was an advocate for the underprivileged and poor. She died in 2007 at the age of 94. 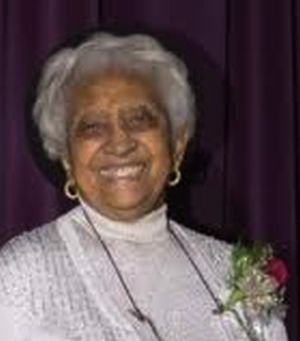