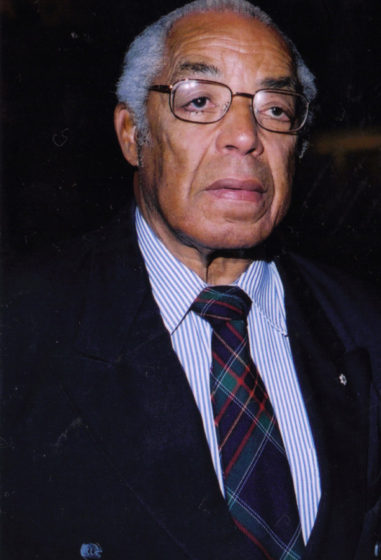 Bromley Lloyd Armstrong, is a black Canadian civil rights leader. He was active in the nascent civil rights era in Canada, beginning with his arrival in 1947. Armstrong was a committed union activist who worked to improve conditions for workers in industry. He was also active in promoting equal rights for African-Canadians and was involved with the National Unity Association (NUA) in sit-ins in Dresden, Ontario restaurants that refused to serve blacks.

Armstrong was born in Kingston, Jamaica, into a family with strong roots in the working class and passionate ties to the labor movement. He was the fourth of seven children. His parents, Eric Vernon and Edith Miriam Armstrong, instilled a strong work ethic and love of athletics that supported Bromley throughout his life.

After the Second World War, a young Armstrong and his brother George decided to emigrate to Canada in search of education and employment. The economic hardships of the Great Depression and the untold human costs of the Second World War had left Jamaica in a state of turmoil, and employment opportunities were scarce. On December 11, 1947, Bromley and George boarded a plane at the Kingston airport bound for Toronto (via Miami; Washington, DC; Chicago; and Buffalo). They arrived two days later at Malton airport, which was later renamed Pearson Airport.

Armstrong initially had difficulty finding work, he was eventually hired by Massey-Harris (later Massey-Ferguson), an agricultural equipment manufacturer. He wanted to be a welder like his father, he enrolled in the Chicago Vocational Training School, attending classes during the day while working at Massey-Harris at night. Armstrong became a member of the United Automobile Workers (UAW) Local 439 and soon became a leader in the Canadian trade union movement, toiling as a shop steward to improve conditions for industrial workers.

In addition to his work as a trade unionist, Bromley Armstrong was committed to community-based social action. He founded many organizations, including the Urban Alliance on Race Relations, Black Business and Professional Association, Canadian Ethnocultural Council, Jamaican Canadian Association, and National Council of Jamaicans and Supportive Organizations in Canada. Armstrong is probably best known for his involvement in the “Dresden story” and the Toronto “rent-ins” of the 1950s and 1960s.

« Previous PostPoem: "When Black People Are" by A.B. Spellman Next Post »Remembering The Life Of Baseball Hall Of Fame Pitcher,  Satchel Paige