Minnijean Brown Trickey made history as one of the Little Rock Nine, the nine Black students who desegregated Little Rock Central High School in 1957.

Trickey was born in 1941 in Little Rock, Arkansas, and was the oldest of four children to Willie and Imogene Brown. Her father was an independent mason, and her mother worked as a nurse’s aide and homemaker.

The Little Rock Nine experienced an intense amount of verbal and physical harassment while trying to desegregate Little Rock Central High School. Trickey was the first student to be suspended and then expelled for retaliating against daily conflict, as she called one of her tormentors “white trash.”

In 1958, she moved to New York to live with Dr. Kenneth B. and Mamie Clark, African-American psychologists whose social science research formed the basis for the NAACP’s argument in the Brown v. Board of Education case. Trickey went on to graduate from New York’s New Lincoln School, a private progressive school in Manhattan.

She later moved to Canada with her husband and six children. She attended Laurentian University and she received a BSW in Native Human Services. She obtained an MSW in social work from Charleton University in Canada.

She worked as a social activist on behalf on environmental issues, developing youth leadership, and for diversity education and training. Trickey also worked for an interactive traveling initiative called Sojourn to the Past, a ten-day interactive history experience through selected U.S. states with 100 high school students learning about the civil rights movement.

Trickey received numerous awards for her community work. In 1999, President Clinton presented the nation’s highest civilian award, the Congressional Gold Medal to the members of the Little Rock Nine. 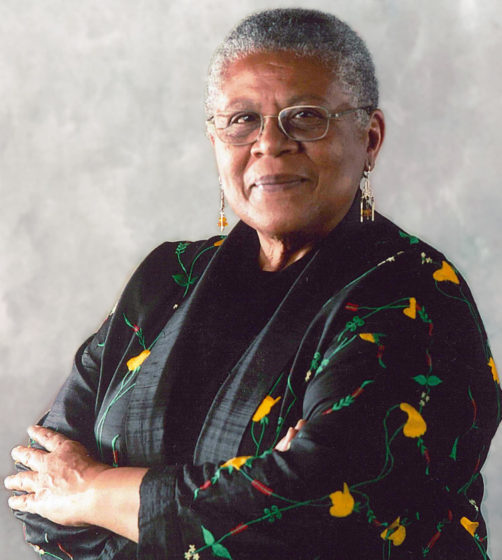