In 1944, 24-year-old #black #Recy Taylor, was abducted at gunpoint and gang raped by a group of white men in Alabama. Taylor was married and had one child. Activist Rosa Parks was sent to investigate what happened, because there were numerous of cases such as Taylor’s popping up across the south.

Taylor was walking home with a friend from revival one night, when a car load of white men pulled up. The men in the car told Taylor the sheriff had them looking for her. They instructed her to get in the car so they could take her uptown to the police station. Once she was forced in the car; she was drove to a wooded area. But, before the group of men had their way with Taylor, they blindfolded her. Each took turns raping her; she was raped at least six times, and when they were finished, they dropped her off on the highway. Taylor managed to find the strength to walk home. Later that evening, she along with her father met with the local sheriff who had been out looking for Taylor. She later told the details of the assault to her husband and the rest of the family. A few days later word got to Montgomery NAACP chapter and they sent out Rosa Parks to investigate.

The sheriff took two white boys to Taylor’s house and questioned if she recognized them as being in the car. Taylor identified them as being two of boys in the car. The sheriff recognized the boys as being his friend’s son and neighbor’s son. So, the sheriff never really pursued the  incident any further. Although, he put up a farce as to pretending as if an investigation would be conducted. The case later prompted a major campaign around the country. Parks took the case back to Montgomery, where a defense for Taylor began with the assistance of E.D. Nixon, Rufas A. Lewis, and E.G. Jackson, all who were prominent leaders in Montgomery community. 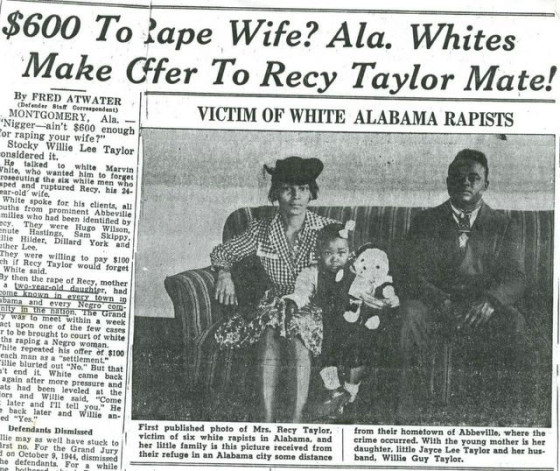 The trial began on October 3rd, and the jury was an all-white male jury. The assailants accused of the crime had not been arrested. The only witnesses for Taylor were her friends and family members. Since the sheriff never arranged a police line-up, none of the attackers could be identified in court. The jury dismissed the case within 5 minutes of deliberation. It would take going to the grand jury for the case to be reopened.

After the trial, the Taylor’s received numerous of threats, and their home was firebombed by white supremacists. The Taylors then moved in with her parents and siblings for protection. Taylor’s family thought their life was condemned to living in fear for the rest of their life. But, with the help of the NAACP, and other organizations throughout Montgomery; they all came together to defend Taylor and demand punishment for her attackers and for her family’s safety.

The second trial of Taylor’s ended pretty much the same way; the all-white male jury refused an indictment. Even though the outcome of the case was not good for Taylor, the case was a major victory for the formation of the civil rights movement because of the successful mobilization of activists across the nation. “The Recy Taylor case was one of the building blocks of the Montgomery Bus Boycott a decade earlier. In 2011, the Alabama House of Representatives apologized to Taylor on behalf of the state “for its failure to prosecute her attackers.” State Representative Dexter Grimsley, along with Abbeville Mayor Ryan Blalock and Henry County Probate Judge JoAnn Smith, also apologized to Taylor for her treatment. 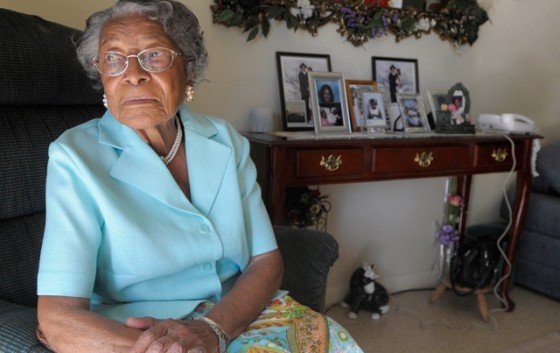