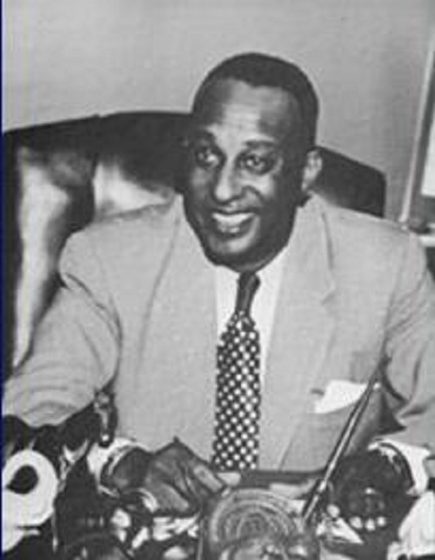 harles W. Anderson became the first black legislator in Kentucky and in the South since the Reconstruction. He championed the cause of civil rights in Kentucky including greatly improving the access of African Americans to education during six terms as a legislator.

Anderson was born in 1907 in Louisville, Kentucky to Dr. Charles W. and Tabetha Murphy Anderson. He attended Kentucky State College and Wilberforce University (B.A. 1927) and received a J.D. degree from Howard University in 1931. In 1933 he passed the bar exam and started his own practice in Louisville.

In 1935 Anderson ran as a Republican for the Kentucky House of Representatives and won. He served in the Kentucky Legislature until 1958.Once in office, Anderson, a Republican, began drafting legislation that directly benefited African Americans. The first of the legislative business was to help prospective students receive aid to attend college outside the state as integration was still a difficult road. There was only one all-Black college in the state at the time, and it couldn’t accommodate all of the students who wanted to attend.

Anderson also worked on a popular anti-lynching law, and was instrumental in drafting legislation that brought about changes to the state’s public school systems, in particular how they could aid Black students. He also worked on laws that helped Black residents gain access to public transportation. Serving in the role until 1958, Anderson was also the longtime president of the state NAACP and was the president of the state’s National Negro Bar Association. Anderson’s life came to a tragic end in the town of Shelbyville after a train/car accident on June 19, 1960.