Civil Rights Cold Case of Joseph Edwards Reopened by FBI: Where is the Body?

#Joseph Edwards also known as Joe-Ed, went missing from Vidalia, Louisiana on July 12, 1964. It is believed he was last seen at the Shamrock Motel, where he worked as a porter. The last confirmed sighting of him was by a man he recalled seeing Joe-ED arrive at the location in his two-toned blue and beige Buick.

He was later reported missing by his mother, who hysterically claimed “The Klan had her boy.” Ironically, the Shamrock Motel was actually a gathering place for KKK members, and Joseph was a prime target due to his questionable relations with white women. Joseph had been seen by a fellow employee in one of the motel rooms alone with a white woman, and more notably, he had been accused of kissing a white registration clerk against her will.   The clerk, who did not want to press charges, confided in a friend who happened to be a probation officer.  The probation officer assured her that he’d “take care of Edwards.”  The probation officer later claimed that he did not harm Joseph,  and had reported what happened to his friend to the proper authorities. 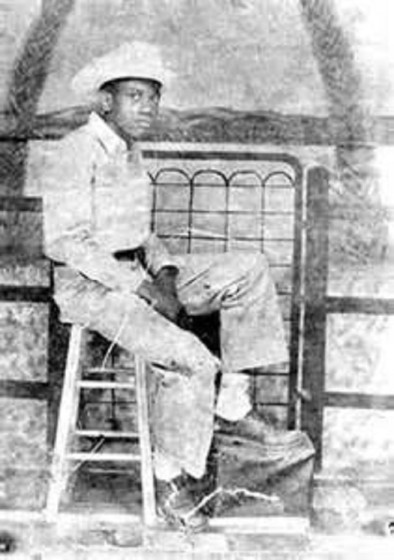 Around 12:30 a.m, Joseph’s car was discovered along the highway between Vidalia and Ferriday, near Dixie Lanes bowling alley. A tie, shaped like a noose was attached to the steering and blood was splattered throughout the car. Joseph’s cousin Carl saw the car the night he was being questioned for a burglary. The deputies had beat Carl and his three friends for hours at the police station. But, while transporting the men, Carl saw Joseph’s car side the road. Eyeing the men in the rearview mirror of the patrol car Deputy DeLaughter warned the men if they told about the beating they received at the jail they would end up missing like Joseph.

The manager of the Dixie Lanes Bowling Alley (where Joseph’s car was found) had closed up his business, and went for a couple drinks in a nearby bar.   As he was going home, he saw a Buick similar to Joseph’s traveling west toward Ferriday.  Shortly after, he saw a white Oldsmobile with flashing red lights on the dash and two long police radio antennae on the trunk roar past him, “speeding”. It was not long after the Buick rolled past with a big white man behind the wheel of the Buick. Later, the police car drove past the manager with several occupants inside it. It is worth noting that the Vidalia Police Department was corrupt at the time, and some of the deputies, including DeLaughter and Ogden, were Klansmen.  All the men had one way or another been accused in several violent acts against blacks, but somehow always managed to avoid convictions. Joseph’s body was never been found, and to this day remains a mystery to its whereabouts. There were many speculations as to where Joseph’s body was buried by the Klansman. The FBI claims that Joseph’s case is one of several ‘civil rights cases’ that have recently been reopened. At the of Joseph’s disappearance he was twenty-five years-old.