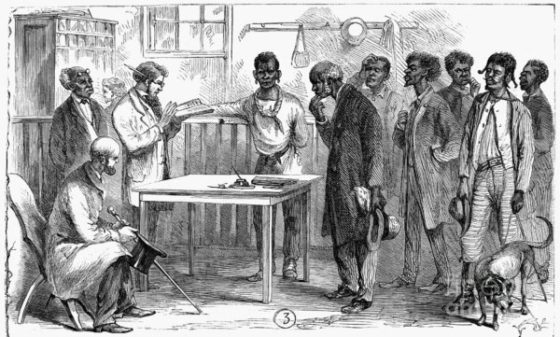 Conway Barbour was born a free man in Kentucky around 1820. By the 1840s, he was working as a steamboat cabin attendant in Louisville, Kentucky, which would have given him some prominence in the African American community.

In the late 1850s, he operated a hotel/restaurant in Alton, Illinois.  When the Civil War began, he offered to help recruit an African American regiment from Illinois.

His occupation is listed as “insurance agent” in the 1870 Census for Arkansas when he had relocated to Lewisville, Arkansas.  He somehow became connected with Powell Clayton (Republican governor 1868) and was elected to the Arkansas House of Representatives, serving in the 1871 term, representing Lafayette and Little River counties.  Following his legislative service, in 1871, Barbour was named tax assessor for Chicot County, Arkansas, although he had to fight to secure the position, since another man also had been named by Clayton as tax assessor.

Attacked as a carpetbagger, Barbour became a lawyer in late 1871, certified by then-Associate Justice of the state Supreme Court, E.J. Searle.  His license was recorded in February 1872.  He unsuccessfully tried to obtain the Republican nomination as county sheriff in 1872.  In 1876, the Arkansas Gazette reported his death in Lake Village, Arkansas.

Conway Barbour
« Previous PostBeautiful Black Women And The White Billionaires Who Love Them Next Post »J.D. and Ethel Lee Shelley: Putting A Face on the Struggle for Fair Housing