Daisy Turner was an American storyteller and poet. Born in Grafton, Vermont to freed slaves, she became famous late in life for her oral recordings of her family’s history, which can be traced back to Africa and England.

Turner’s father, Alexander Turner, was a slave who escaped from his plantation at the start of the Civil War, and joined the 1st New Jersey Cavalry of the Union Army. In the spring of 1863, Turner guided his regiment to his old plantation in Port Royal, Virginia, where he killed his former overseer. After military service, he returned to New England where he worked as a logger. He and his wife Sally had a homestead in Grafton, Vermont where they raised 16 children.

Turner was always proud of her heritage, and was a strong, outspoken woman from childhood to her death at the age of 104. She is remembered as a gifted storyteller and family historian.

Turner was a “striking beauty in her youth, with high cheekbones and deep-set eyes.” She led an exciting life, many of the details of which have been recorded carefully.

One of Turner’s favorite personal stories, which she recounted often, involved a school pageant when she was about eight years old. In the pageant, Turner’s teacher had instructed Turner to recite a poem with a black doll, but at the last minute, Turner resisted and spontaneously made up her own poem. This story became the subject of a children’s book by Michael Medearis and Angela Shelf Medearis. 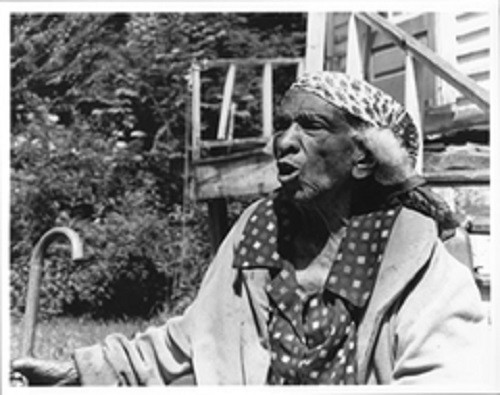