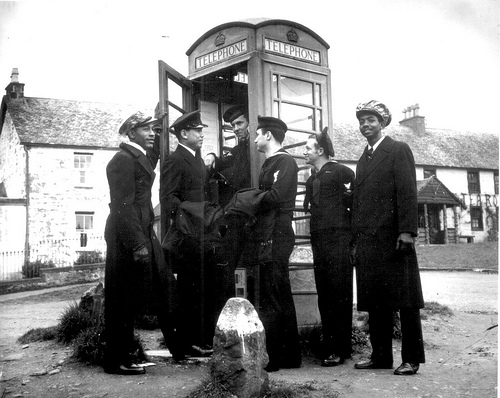 In a photo that we found on Black History Album , we see this great image called “African Americans @ War, World War II” . The picture shows U.S. Coast Guardsmen make use of a telephone booth in Scotland. They are on liberty from their ship, a Coast Guard combat cutter engaged in convoy escort duty.

[img_tags]
« Previous PostBefore Bob Marley Made It Cool, Joseph Nathaniel Hibbert Was A Pioneering Teacher Of The Rastafarian Movement Next Post »Lorenzo C. Wright: "The One Man Track"