Kwame Nkrumah was born in 1909 in the then-Gold Coast, later to become Ghana. His first name refers to the fact that he was born on a Saturday, as Kwame was the name assigned to Akan boys born on that day, and Nkrumah means ninth born.

He was a star student all throughout school. Eventually, found himself influenced by the ideology of New World African scholars such as Marcus Garvey and W.E.B. DuBois, who taught that the African people must govern themselves before there can be any talk of equality between the races.

After being trained as a teacher in Ghana, Nkrumah eventually furthered his education in the United States in the 1930s and ‘40s, where he also sharpened his knowledge of leftist theory and became a frequenter of Harlem intellectual circles. He also found himself the subject of FBI, State Department, and MI5 surveillance as a result of the company he kept being heavily communist.

He made his way to London, where he enrolled at the London School of Economics to pursue a PhD in anthropology, which he didn’t complete. He also attended University College and Grey’s Inn and took courses in law and philosophy, but didn’t complete those programs either. His passion was the liberation of his people; he wanted to learn about matters that would affect their liberation. 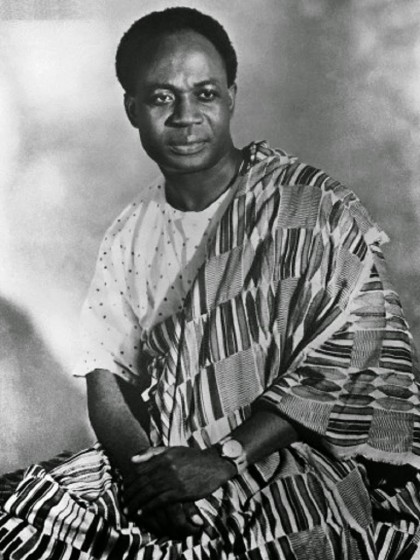 Nkrumah returned to his native land in 1947, and immediately began struggling for the liberation of his fellow Ghanaians. The Gold Coast was in a time of chaos, with riots, boycotts, and protests filling the streets almost every day. Nkrumah reluctantly became a member and president of a conservative-leaning political party, the United Gold Coast Convention. He left and in June 1949, founded the Convention People’s Party, which sought to “carry the masses.”

Contradictions with the British administration resulted in Nkrumah’s arrest as a result of a mass activism campaign called “Positive Action,” with him being sentenced to three years in prison. Despite being in prison, in 1951, Nkrumah was elected to represent Accra in the first general election in which every individual could vote in colonial Africa. He proceeded to form a government at the request of colonial governor Charles Arden-Clarke.

His term as Prime Minister was marked by reforms for the benefit of the native population, such as the construction of schools, hospitals, and roads. This only served to enhance his party’s massive popularity among the people. Ghana, after much political jockeying and machinations, became independent on March 6th, 1957, to much acclaim from leaders and masses of oppressed people around the world. It was the first nation in British-ruled colonial Africa to win independence for itself. The new flag borrowed heavily from that of Ethiopia, which successfully resisted Italian attempts to enslave it in the 1930s. 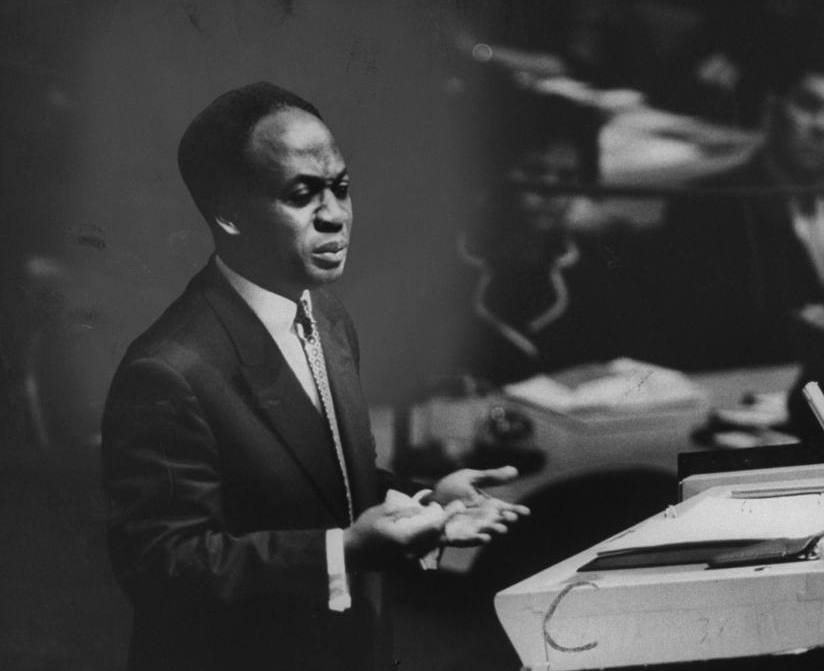 As Prime Minister of independent Ghana, Nkrumah had to tackle many issues plaguing the people. The country was racked with tribalism and cliquishness. As a pan-African, he saw this rightly as an affront and a distraction from the liberatory experiment, and supported an act to ban tribal flags and all other displays of racism and tribalism.

Ghana under Nkrumah was to be a united beacon of solidarity across all ethnic lines. Nkrumah also had to deal with subpar education in rural areas and among the working class. To that end, Nkrumah mandated that all primary school students were to learn arithmetic and also study both English and the vernacular language spoken by the common masses. He also sought to industrialize the country, radicalize the economy, promote Pan-African culture, and generally construct a society that benefited all of the people of the country that he had worked so hard to liberate.

In 1963, Nkrumah received the Lenin Peace Prize from the government of the U.S.S.R. In 1966, Nkrumah’s project was ended by a military coup while he was away on a visit to China and North Vietnam. In 1972, he died in Romania. The people of Ghana still rightly consider Nkrumah to be a national and world anti-imperialist hero.