Did You Know That A Black Woman Was The Founder Of The Restaurant Chain Fatburger? 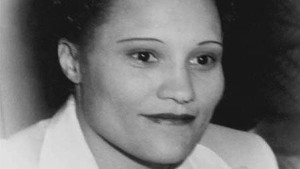 Lovie Yancey was the #African American founder of the Fatburger restaurant chain.

She originally owned a small restaurant in Tucson.In 1947 she founded Fatburger under its original name Mr.Fatburger.In 1952,Lovie shed both her business partners and the “Mr.” from the name of the hamburger stand,and Fatburger was officially born.

From the beginning,Lovie was a fixture at the original Fatburger,where customers,who include entertainers such as Redd Foxx & Ray Charles could custom-order their burgers.Lovie always claimed “I don’t worry about McDonald’s ,Burger King or Wendy’s.They may be more popular,but a good hamburger sells itself,and I don’t think anybody makes as good a hamburger as we do.”

She sold her Fatburger company to an investment group in 1990 but retained control of the original property on Western Avenue.She established a $1.7-million endownment  at City of  Hope National Medical Center in Durate in 1986 for research into sickle-cell anemia.This was in fulfillment of a promise to her 22-year-old grandson,Duran Farrell,who had died of the disease three years earlier.

Lovie died of pheumonia.In addition to her daughter,Lovie was survived by three grandchildren and five great-grandchildren.