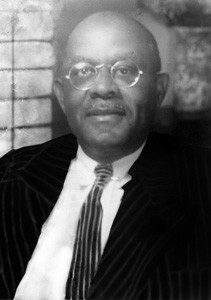 Percy Casino Corbin worked hard to bring equality to the school system in Pulaski, Virgina. Corbin was a civil rights activist who filed a lawsuit on behalf of his son, Corbin et al. v. County School Board of Pulaski County, Virginia in 1950. The lawsuit was only one of his six successful lawsuits supported by the National Association for the Advancement of Colored People (NAACP).

Corbin was born in Athens, Texas, on June 2, 1888. He was the son of Edward Corbin and Priscilla Wright Corbin. He grew up on the family farm and received his early education in public schools in Athens and nearby Corsicana before enrolling in a private institution in El Paso in order to prepare for studying medicine. Corbin attended the medical school at Howard University, in Washington, D.C., for one year and then transferred to the Leonard School of Medicine at Shaw University, in Raleigh, North Carolina where he received an MD in 1911.

After completing his studies, Corbin opened a medical practice in Salem, Virginia with a former roommate from medical school. In 1913, Corbin relocated to the town of Pulaski. Once settled he provided medical care for the rural community in need of his services. His patients mainly consisted of people from the black community, however, over time he saw white patients as well.

In 1918, he played a big part in taking care of patients during the influenza pandemic that gripped the town for several weeks and forcing schools and businesses to close. As officials called for additional medical supplies and set up an emergency hospital, Corbin and four other doctors worked around the clock to stem the spread of the disease. Ninety-two townspeople died before the epidemic subsided.

When Corbin’s youngest son was preparing to enter high school, Corbin decided to send him to Montgomery County. When he discovered that his son would not be able to use the library or participate in after-school activities because of the bus schedule, Corbin again sought legal assistance from the NAACP. Attorneys Oliver W. Hill, Martin A. Martin, and Spottswood William Robinson III filed suit in the United States District Court in Roanoke in December 1947, alleging that the school arrangement violated the Fourteenth Amendment. In Corbin et al. v. County School Board of Pulaski County, Virginia, et al. (1949), Judge Alfred Dickinson Barksdale ruled in the school board’s favor. On appeal, the United States Court of Appeals for the Fourth Circuit reversed the lower court’s decision. Corbin’s victory was one of only six successful lawsuits supported by the NAACP in its legal campaign to equalize school facilities before Brown v. Board of Education (1954).

Corbin was  a member of the Magic City Medical Society, the National Medical Association, the Old Dominion Medical Society, and the Freemasons. He also served as president of the Pulaski chapter of the NAACP and was a leader and benefactor of the local African American branch of the Young Men’s Christian Association.