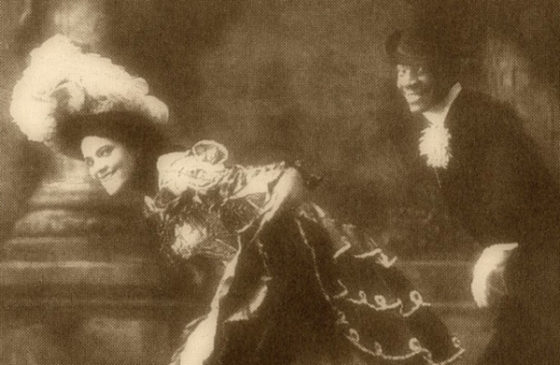 Dora Dean Dora Dean was an African-American vaudeville dancer and entertainer. Dean was part of one of the most popular vaudeville acts of the pre-World War I period. She was known as the “Black Venus.”

Dean was born in Covington in 1872 as Dora Babbige. Her initial job in show business was working as a “statue girl.” She would strike a pose and stand looking pretty.

She eventually took a partner, a tap dancer named Charles E. Johnson, and together they became a major act. They took an obscure dance from the south, The Cakewalk, and popularized it in America. They toured an African American Tour circuit with The Creole Show, but eventually joined a White circuit, The Orpheum Circuit, one of the few Black acts to do so.

The pair appeared in full formal evening wear. They were one of the first acts to make use of a strobe light, and Johnson was one of the very first dancers to put meat taps on his shows. Neither Johnson nor Dean actually sang, but “talked” their songs. Dean was famous not for her singing nor her dancing, but for being able to communicate warmth and personal charm.

From 1901 to 1914 they performed almost exclusively in Europe, where they were an even bigger hit than they were in America. 1914, and the World War ended their European tour, and they split professionally. She went on the act on stage and did some movies, and in 1930 reunited with Johnson, where he had settled in Hennepin. Minnesota. She died there on December 13, 1949.