From Africa To America: The Origin Of African American Hair Braiding

A clay sculpture from the ancient Nok civilization of Nigeria circa 500 B.C. shows a figure adorned with cornrows. In Africa historically braids could be used as a way to express religion, kinship, status, age and ethnicity, among other attributes. 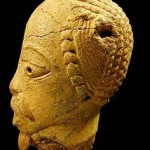 When the people of Africa were brought to the New World as slaves, they were initially confronted with a loss of identify. As they traversed the Middle Passage–or the voyage by ship from Africa to America–their heads were often shaved for sanitary reasons. But their hair grew back, and with it so did the culture. 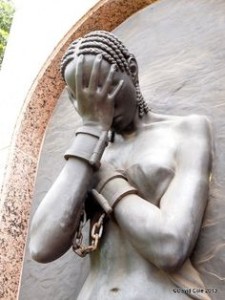 In slavery, many Africans brought back the braids both as a way to stay connected to their heritage and to assert their independence. The style also fit with the requirement that their hair be neat and tidy while working on plantations. But it was not without improvisation. They didn’t have the combs and herbal treatments traditionally used in Africa, so the slaves relied on bacon grease, butter and kerosene to clean and condition their hair.

After the Civil War

At the time when slavery was abolished, #black women in America tended toward straightening their hair. Though they were free, these women still needed to strive to fit in and “good” hair was one way to to do it. The women with straight hair, like white women, were considered well-adjusted and were more accepted.At the same time, however, many younger girls were able to carry on the cornrow tradition.

Braids in the 20th CenturyIn the 1950s, braids seemed to make a resurgence. At the same time, the Afro also was becoming popular for blacks in America. With race relations on its way to becoming a heated issue, black artists, scholars and activists began looking to African hair styles. By 1969, the styles came to symbolize a movement.

In the 1970s, West African immigrants brought even more styles of braiding to America. In 1972, actress Cicely Tyson wore intricate Nigerian braids during a television appearance.

By the 1990s, cornrows had become a trademark of the hip-hop culture, as artists like Ludacris and Lil’ Bow Wow began sporting the look. Athletes such as basketball star Allen Iverson also wore cornrows. 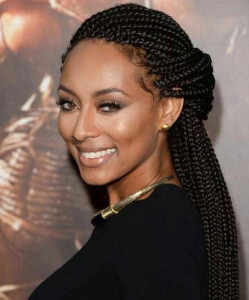 Today, the care and maintenance of black hair styles has become a multimillion dollar industry. Shops all over the country specialize in weaves and cornrows.

In 2009, comic Chris Rock released the movie “Good Hair,” which explores the response to a question from his daughter about why her hair isn’t “good.” In the film, he visits salons, laboratories and Indian temples to look at the way that hairstyles impact the black community.