Dr. Beth A. Brown: First Black Woman to Receive Ph.D. in Astronomy from the University of Michigan 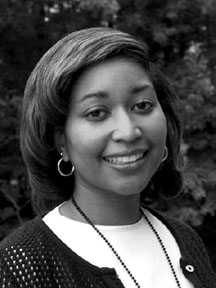 Dr. Beth A. Brown was an astrophysicist who worked at the Goddard Space Flight Center.

Brown was born on July 15, 1969, in Roanoke, Virginia. As a child, she had a passion to learn more about astronomy and science. She enjoyed watching Star Trek, Star Wars, and shows involving anything pertaining to outer space.

She graduated as valedictorian of her class and set her eyes on attending Howard University in Washington, D.C. While at Howard, she was involved in the marching band and often participated in summer internships at the Goddard Space Flight Center, gaining experience and research.

After receiving her doctorate, Dr. Brown returned to Goddard as a National Academy of Sciences/National Research Council postdoctoral research associate. In that position, she continued her thesis work on X-ray emission from galaxies. When the post-doc position ended, she became an employee of Goddard and worked as an astrophysicist. She worked within the center’s National Space Science Data Center (NSSDC), which is a part of the Space Science Data Operations Office. She also co-authored several articles on the Crab Nebula and X-ray emission from early type galaxies. Dr. Beth Brown died on October 5, 2008.