Earlene Brown: Most Unheralded U.S. Athlete of All Time 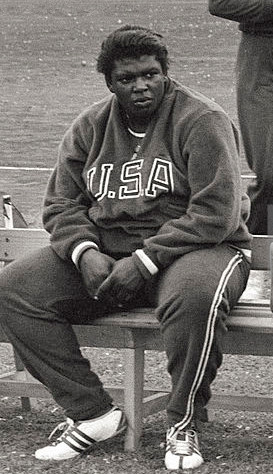 Earlene Brown was an American athlete notable for her careers in track and field and roller games. Earlene’s father was ‘a 6-footer’ and a semipro baseball player with the Negro League in Texas.

Brown was born on July 11, 1935, in Latexo, in Houston County, Texas, a small town, which by 1973, could no longer be found on a map. Earlene’s father was ‘a 6-footer’ and a semipro baseball player with the Negro League in Texas. She grew up an only child and by 1938, her parents had separated.

Brown followed her mother who joined the second Great Migration of Southern African-Americans to California and moved to Los Angeles where she began her participation in track and field activities as a member of LAPD in 1943.

She competed and excelled in the basketball throw, which led up to the shot put. Brown joined the Amateur Athletic Union (AAU) at 21 in 1956. There, she started weightlifting under the tutelage of Des Koch, while America’s original javelin technician Steve Seymour coached her in shot and discus. Witnessing Brown throw, Seymour was convinced she had potential as a gold medalist and decided to send her to the 1956 Summer Olympics in Melbourne. Since the Browns could not afford to pay for Earlene’s training and traveling expenses, Brad Pye Jr., an influential sports editor of the Los Angeles Sentinel and African-American community activist, led a campaign that raised funds to support her.

Beginning in 1959, Brown was associated with the Tennessee State University “Tigerbelles”, whose coach Ed Temple was also the Head Coach of the U.S. Olympic Women’s Track and Field Team. Temple spent time ‘getting Brown in shape’ for the 1960 Games. During this time, Brown developed a friendship with Wilma Rudolph. At the 1960 Olympic Games in Rome, Brown won the bronze medal in the women’s shot put.

In 1965, she retired from shot put competition. The same year she became a skater. As a blocker for the New York Bombers Roller Derby team, she was dubbed the “Brown Bomber.” In 1975, after retiring from all athletic endeavors, she returned to her practice as a beautician. She died aged 47, on May 1, 1983, in Compton, California.

Earlene Brown
« Previous PostJuly 10, 1938: Frank Savage, an Entrepreneur, Businessman, and Investor, is Born Next Post »Gabourey Sidibe:"One day I decided that I was beautiful...?"