The Eight Box Law of 1882 was an election law designed to ensure white supremacy in South Carolina without violating the Fifteenth Amendment, which barred states from depriving their citizens of the vote on the basis of race. Even after the defeat of Reconstruction, Congress still enforced the amendment on several occasions; one such case in 1880 seated an African American candidate for Congress who had lost a fraudulent election. The genius of the Eight Box Law was to sidestep constitutional issues by making no reference to race; instead, African Americans would be deprived of their votes through discriminatory enforcement.

Largely the work of the attorney and legislator Edward McCrady, the law provided for separate ballot boxes for each of eight types of office, including, for example, state senator, state representative, congressman, governor, lieutenant governor, and other statewide offices. Any ballot cast in an incorrect box was disallowed.

In an early draft of the law, the only way to identify the boxes was by labels written on them; thus the system served as an effective literacy test. In the final version, however, election managers were required, “on the demand of the voter,” to read the labels to the voter. This provision allowed for discriminatory enforcement: the election manager could read the correct labels to an illiterate white man but read incorrect labels to an illiterate black man. Such action would be a violation of state law, not federal law, and would be difficult to prove in court. Many southern states during the 1880s and 1890s attempted to disfranchise blacks by deception. 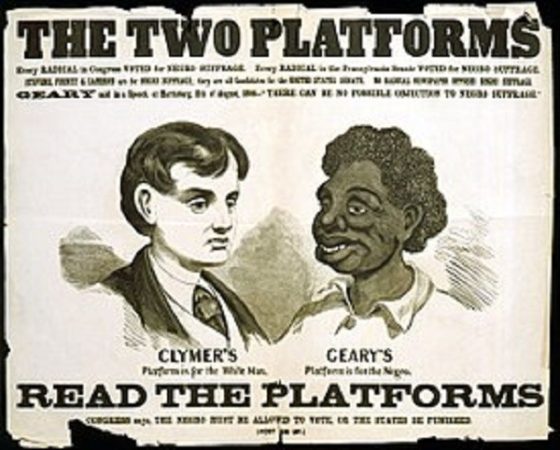