Elmina Castle: The Oldest and Largest Slave Dungeon in Ghana

Although many people think the Goree Island is the largest Slave dungeon in West Africa, the Elmina Castle is considered to be the oldest and largest in Ghana.

The Elmina Slave Dungeon holds the most disturbing sites of the slave trade in Ghana. It was reportedly the first European slave-trading post in all of sub-saharan Africa; it was originally built to protect the gold trade, but following its capture by the Dutch in 1637, it came to serve the Dutch slave trade with Brazil and the Caribbean. The castle came under British ownership in the 1800s.

Many of the slave traders were priests and pastors. These individuals would torture the Africans every day in a process which was referred to as “Making a Slave.” Young African boys and girls, who were found of no use to the slave traders, were thrown into the sea. Black women were raped in front of their husbands and children.

The slave dungeons below were cramped and filthy, each cell often housing as many as 200 people at a time. The floor of the dungeon, as result of centuries of impacted filth and human excrement, is now several inches higher than it was when it was built. Outbreaks of malaria and yellow fever were common.

Nowadays, Elmina Castle is preserved as a Ghanaian national museum and monument and is designated as a World Heritage Monument under UNESCO. It offers daily historical tours and is an extremely popular destination for African American tourists seeking to connect with their heritage. 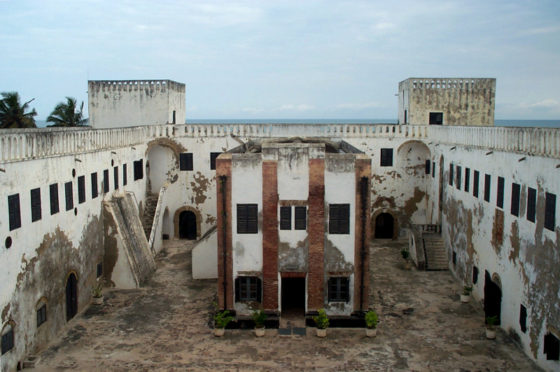 Elmina CasleGhana
« Previous PostHaiti: The Role France and the U.S. Played in Ensuring its Failure During its Formative Years Next Post »15-Year-Old Latasha Harlins Killed Over a Bottle of Orange Juice