Haiti: The Role France and the U.S. Played in Ensuring its Failure During its Formative Years

Upon the independence of Haiti by 1804, Dessalines – a lieutenant of the late Revolt Leader Toussaint L’Ouverture, became the first head of the newly independent state after declaring himself Emperor. However, Dessalines’ dictatorial rule was abruptly brought to an end by his assassination in October 1806. During the early years after the Haitian independence, the nation’s economy, cohesion, and autonomy were precarious as the new black republic remained economically and diplomatically isolated. What countries during the Colonial era would want to trade with or support a newly independent slave colony? Haiti was a direct threat to the slave-economy and the very basis of the Western World at that time. The country continued to face threats from foreign interventions as efforts were made to keep their story as the leaders of the first successful slave revolt from spreading to slaves across other colonies. 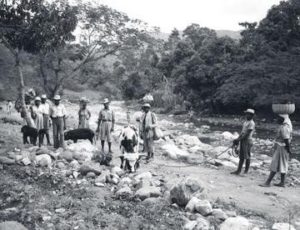 The French remained adamant and refused to recognize Haiti as an independent republic; hence it resorted to establishing a ‘French Protectorate’ over Haiti – its former colony. As a result, Haiti was blacklisted, isolated, and had no means of trade or diplomatic relations since the French, and other European countries refused to recognize them as a country. Then in 1825, with French forces threatening invasion, France declared that Haiti was compelled to pay 150 million gold francs (a sum estimated to be ten times the country’s annual revenue) in reparations in order to compensate French settlers and slave owners for their lost plantations during the Haitian Revolution, and in order to be officially recognized as a country. Later, the sum was reduced to 90 million gold francs, but that provided little economic consolation. Therefore, Haiti was effectively forced to pay reparations for its freedom, and the country only finished paying this debt to France well into the 20th Century.

Due to this crippling and long-term economic blow to the new nation during its formative years, decades of warfare followed, and the plantation system, which was the sole propellant of the Haitian economy, lay in ruins. Regardless of the egalitarian revolutionary regime, Haiti was rife with wealth disparities between the newly emancipated blacks and the mulatto (mixed-race) freedmen, Haiti stuck to the hierarchical governance. Upon the exit of the French Creoles from Haiti, minority group Mulattos assumed their place as the new elites within the Haitian society.

After the 1806 coup, Haiti was divided into two rivaling regimes to the north and south. As such, until 1820, Haiti was still struggling to attain unity. The death of the two coup conspirators- Petion and Christophe in 1820 led to relief as the General Jean Boyer restored the unity of the northern and southern regions of the country. Haitian general Boyer further invaded Santo Domingo (Dominion Republic) and stayed in power until 1843 when he was overthrown by the mulatto reformists’ conspiracies. Haiti remained in full control over the D.R. until 1844, when the Dominican Republic regained its independence through the help of a band of Dominican elite nationalists. Subsequent emperors led the new black nation, including the rule of Emperor Faustin who ruled from 1849 to 1859, after suspending the Haitian republic status. A series of assassinations and coups then followed during the subsequent presidential regimes, as one president died after the other. 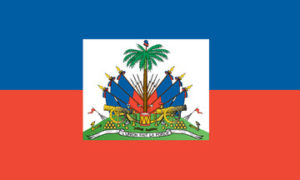 This trend of social, political, and civil misfortune was then replaced by the U.S. occupation of Haiti between 1915 and 1934. Welcome to the unspoken era of U.S. Imperialism. The U.S. military and marines were posted to Haiti in 1915. They gained control of the country and disbanded the Haitian army, thereby installing Sudre Dartiguenave as the president (from 1915 to 1922). During their two decades of occupation, the U.S. likes to take credit for having made improvements in the Haitian infrastructure, stabilizing the economy, and amending the Haitian constitution… so they say. What was their incentive for occupying Haiti in the first place? Might it have been the abundance of natural resources, such as gold, copper, and silver throughout Haiti, and an opportunity to deplete the vulnerable island? Or was it just out of the kindness of the U.S. government’s heart?

By 1930, the U.S. finally allowed Haiti to resume its free and fair elections where President Vincent Stenio was elected. He ruled until 1941. After viewing proof of an effective administration, Haiti could finally resume its independence from U.S. control. Since then, Haiti has been conducting peaceful, free, and fair presidential elections, except in 1995 when there was slight political chaos regarding the presidential elections. The modern Haiti has thereby struggled to restore peace, unity, law, and order, nor lay a firm ground for effective national elections. It currently enjoys a unitary semi-presidential governance, with Jovenel Moise as the president and Jack Lafontant as the Prime Minister.

Mackenzie, Charles. Notes on Haïti, made during a residence in that Republic, Vol. 1, London, Henry Colburn and Richard Bentley, 1830.

Tharoor, I., 2015. Is it time for France to pay its real debt to Haiti? The Washington Post.

« Previous Post15 Years Before The Dred Scott Decision, This Fugitive Slave's Emancipation Became A Benchmark In "The Struggle For Freedom" Next Post »Elmina Castle: The Oldest and Largest Slave Dungeon in Ghana