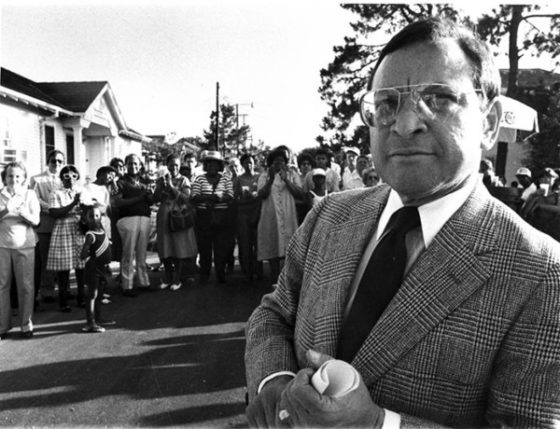 Ernest Nathan Morial, also known as Dutch Morial, was an American political figure and a leading civil rights advocate. He was the first African-American mayor of New Orleans, serving from 1978 to 1986.

Morial, a New Orleans native, was born on October 9, 1929 and grew up in the Seventh Ward. His father was Walter Etienne Morial, a cigarmaker, and his mother was Leonie V. (Moore) Morial, a seamstress. He attended Holy Redeemer Elementary School and McDonogh No. 35 Senior High School. He graduated from Xavier University of Louisiana in New Orleans, Louisiana in 1951. In 1954, he became the first African American to receive a law degree from Louisiana State University in Baton Rouge.

Morial attended summer school throughout his law school tenure in order to graduate as the first African American. Morial became well-known as a lawyer fighting to dismantle segregation and as president of the local from 1962 to 1965. He followed in the cautious style of his mentor A.P. Tureaud in preferring to fight for civil rights in courtroom battles rather than through sit-ins and demonstrations.

After unsuccessful electoral races in 1959 and 1963, Morial became the first black member of the Louisiana State Legislature since Reconstruction when he was elected in 1967 to represent a district in New Orleans’ Uptown neighborhood. He ran for an at-large position on New Orleans’ City Council in 1969–1970 and lost narrowly. He then became the first black Juvenile Court judge in Louisiana in 1970.

In the election of 1977 he became the first African American mayor of New Orleans by defeating City Councilman Joseph V. DiRosa, a fellow Democrat allied with former Mayor Victor Schiro, by a vote of 90,500 to 84,300.

Most of Morial’s achievements occurred in his first term as mayor. Expanding upon the efforts of his predecessor Moon Landrieu, Morial redoubled the city’s commitment to affirmative action in hiring city workers and introduced minority hiring quotas for city contractors. The proportion of black employees on the city’s workforce increased from 40% in 1977 to 53% in 1985 under Morial’s tenure. Under Morial’s administration the number of black officers in the NOPD was increased to make up one third of the force.

Morial’s political strength did not end after he left City Hall in 1986. He considered running for mayor again in the election of 1990, and his sudden death in 1989 during the election campaign influenced Mayor Barthelemy’s re-election, since Morial died before he could endorse an opponent.