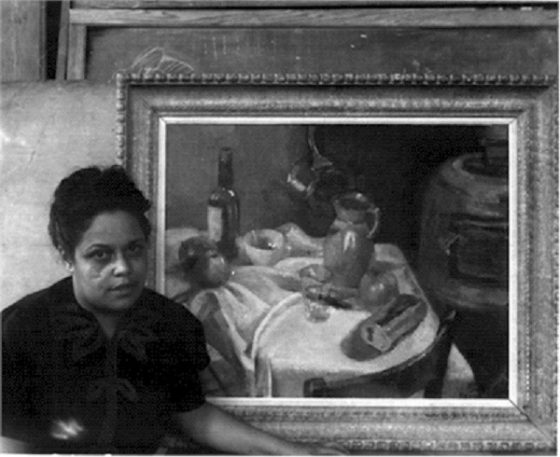 Famed Harlem writer, Gwendolyn Bennett, spent most of her childhood on a Native American reservation in Nevada. Both her parents were educators but divorced early in Bennet’s life. After the divorce, Bennett’s mother was awarded custody but her father kidnapped her and relocated his family to Brooklyn, New York.

While attending Girl’s High School, Bennett became the first black member of the school’s literature and theater organizations. She attended Columbia University’s Teacher College and later transferred to Pratt Institute.
After graduating college in 1924, Bennett joined the faculty at Howard University. She left that position after receiving funding to travel to Paris to take coursework.

Bennett became an influential figure of the Harlem Renaissance, from 1923-1931. Her poems appeared in journals of the period including the Crisis, Opportunity, Palms, and Gypsy.

Not only was Bennett a skilled writer, she could also paint. A lot of her work was lost due to a fire that destroyed almost everything. She joined the Harlem Artists Guild; from 1938 to 1941 and headed the Harlem Community Art Center.

Gwendolyn Bennett died on May 30, 1981, in Reading, Pennsylvania. Her literary contributions still can be found today in various anthologies, along with her professional and personal papers.