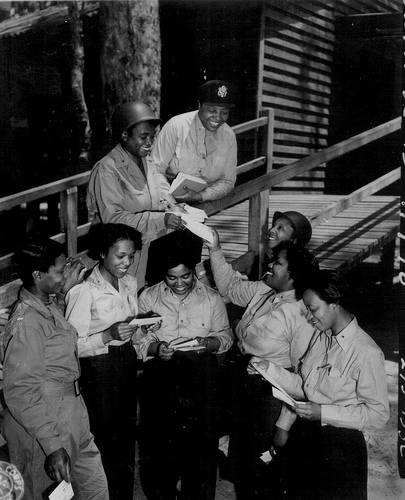 In a photo that we found on Black History Album , we see this great image called “African Americans @ War, World War II” . The picture shows A contingent of 15 nurses,…arrive in the southwest Pacific area, received their first batch of home mail at their station. 1943.