While everyone is up in arms about the discovery that Queen Bey has pores, there’s another controversy brewing about a piece of apparel she wore to the NBA All-Star Game.

Beyoncé rocked a Scooter LaForge custom painted trench coat. Scooter is known for his pieces that feature caricatures, but critics of this particular artwork note that the big red lips, teeth, and bright eyes are reminiscent of the logo for Coon Chicken Inn—based on the Sambo art of the first half of the 20th century.

The resemblance between the logo and coat’s image is undeniable, and you’ve got to wonder if Bey took note.

So what’s the history behind the racist image on Bey’s coat. 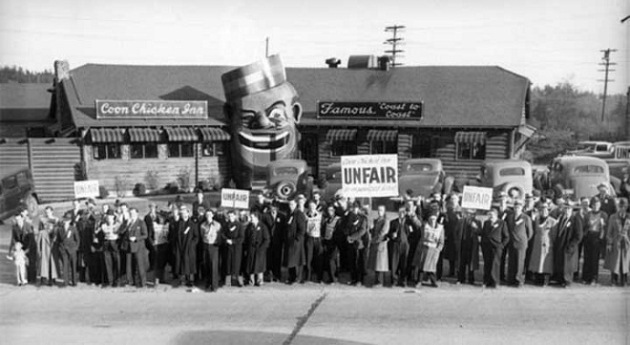 The Coon Chicken Inn was a chain of three restaurants founded by Maxon Lester Graham and Adelaide Burt in 1925 with $50.00.  The Coon Chicken Inn’s famous logo was of a “Coon,” or a racist caricature of an African American male rooted in nineteenth century minstrel theater and early twentieth century advertising. The restaurant’s “Coon” logo wore a porter’s uniform. The face was complete with a winking left eye and enlarged red lips forever gaping to expose the words “Coon Chicken Inn” etched on the rows of shining white teeth. 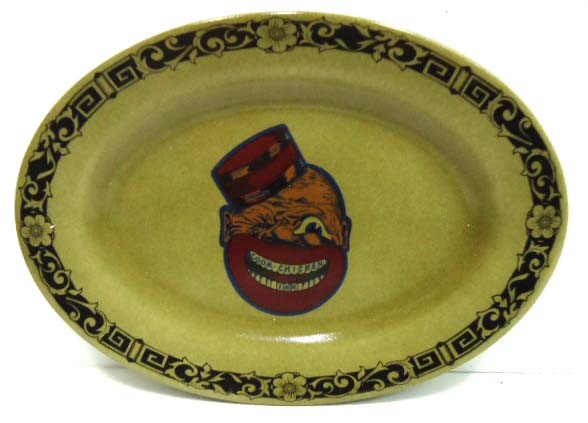 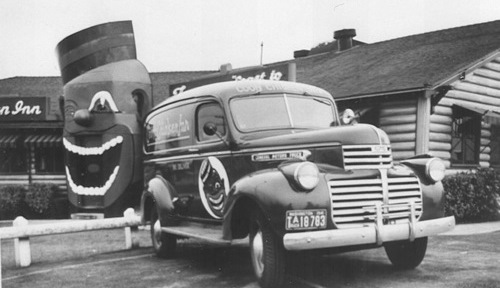 Owners Graham and Burt would open locations in Seattle and Portland with a cabaret and orchestra performing for customers.  Despite protests from the African American community, the Seattle branch remained open until late 1949.

Today, items featured at the Coon Chicken Inn restaurants are up for auction on the Black Memorabilia market.