Isaiah DeQuincey Newman was a Methodist pastor, civil rights activist, and entrepreneur who was a leading figure during the Civil Rights movement in South Carolina.

Newman was born on April 17, 1911, in Darlington County, SC to the Rev. Meloncy C. and Charlotte Elizabeth Newman. He was the fifth child of their sixteen children. Educated in the Williamsburg County public schools, he went on to attend Claflin College. In 1931, he was admitted to the ministry by the United Methodist Church as a pastor in both Georgia and South Carolina. Newman later received his BA degree from Clark College in Atlanta. From 1950 to 1956, he served as District Superintendent of the Sumter District United Methodist Chuch.

In 1943, Newman assumed a key position in the emerging civil rights movement when he helped organize the Orangeburg branch of the National Association for the Advancement of Colored People (NAACP). Thereafter he contributed to the NAACP in a variety of capacities, including service as South Carolina field director from 1960 to 1969, the most critical period in the civil rights struggle.
1977, Newman was considered for appointment as Ambassador to the Dominican Republic. He received the Order of the Palmetto in 1979 and, in 1982, was named the Rural Citizen of the Year by the National Institute on Social Work in Rural Areas.

At the age of 72, Newman became the first African American in the Senate since 1888. He was re-elected in 1984 but resigned in ill health that summer, and passed away in October 1985. In addition to his work in the ministry and as a leader in the civil rights movement, Newman was a true entrepreneur. Among his successes was creating Midcom, Inc., operator of WDPN FM of
Columbia, which he served as President. He also founded Statewide Homes Foundation, a non-profit low-income housing sponsor, the Senior Citizens Service Center, the Coastal Plains Rural Development Corporation, and Ebony Development Corporation, a consortium of building contractors. 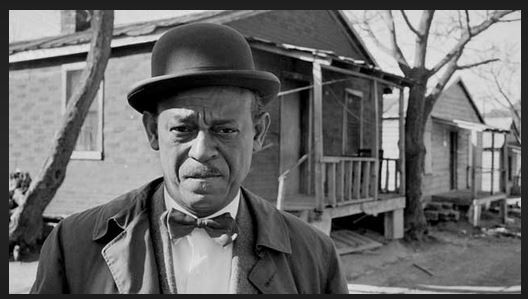