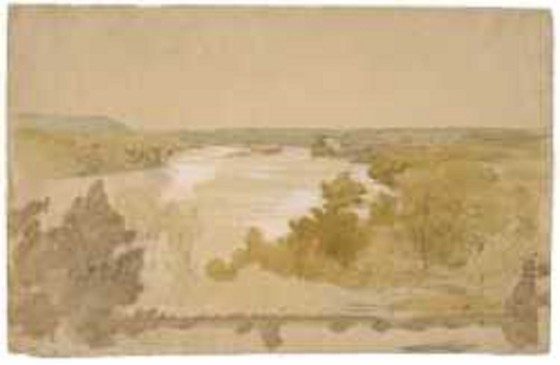 James Thompson was born into slavery in Virginia around 1799. However, he was able to purchase his freedom and find work as a capable English-Dakota interpreter for Methodist missionary Alfred Brunson.

Thompson arrived in the west with George Monroe, nephew of President James Monroe. To pay off some debts Monroe gave Thompson to sutler, John Culbertson, in payment. Over the years, Thompson enhanced his value to his master and the fort community by learning the surrounding countryside and becoming fluent in the Dakota language.

When his owner was reassigned to Fort Crawford in Prairie du Chien in 1836 he took Thompson along, separating him from his wife.

In 1837,  the Methodist missionary Alfred Brunson searched for an interpreter to help him teach the Methodist faith to the American Indian people near Fort Snelling. He looked for a man who not only shared his faith but could clearly communicate its tenets to the Dakota.

Finding that Thompson had something of the missionary spirit, and was above the average of his race in education and mental ability,” the missionary offered to purchase Thompson’s freedom, provided he could help by raising some of the money from friends. It is not clear to what extent Thompson’s services as an interpreter were needed.

By May 19, 1837, Thompson was a free man. Elated to be reunited with his wife, he returned to Fort Snelling with Brunson and his missionary team.
After arriving at the fort in 1837 the missionary team began the area’s first Methodist mission in the Dakota village of Kaposia, located ten miles down the river from Fort Snelling. The mission’s land was given to them by the Dakota leader Wakinyatanka “Big Thunder” (Little Crow III), who through either a budding Methodist faith or a pragmatic understanding of his people’s relationship with the growing immigrant community welcomed the new mission.

Things changed in 1839, Wakinyatanka no longer allowed his children to take part in the mission and attendance waned. Brunson left the church and his successor moved it to present-day Newport soon after. Thompson left Kaposia and began selling liquor near Fort Snelling.
In May of 1840, Thompson and other whiskey-selling squatters were forced to move. The group settled in a small community that would soon be known as Pig’s Eye and later renamed St. Paul. James Thompson died on October 14, 1884.