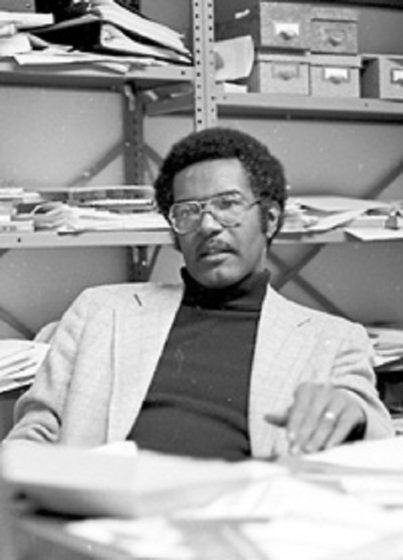 John Blassingame was a scholar and historian of slavery. He spent almost thirty years on the history faculty at Yale University in New Haven, Connecticut.  Blassingame’s early monographs The Slave Community (1972) and Black New Orleans, 1860-1880 (1973) shattered racist and stereotypical portrayals of African American life by using testimony and evidence left by blacks themselves, evidence which had been largely ignored or dismissed by earlier historians.

Blassingame was born on March 23, 1940, in Covington and grew up in Social Circle. He received a bachelor of arts degree from Fort Valley State College in 1960. He earned his M.A. from Howard University in 1961, and his M.Phil and Ph.D. from Yale University in 1968 and 1971, respectively. Before coming to Yale, Blassingame taught history at Howard University, Carnegie Mellon University, and the University of Maryland. Blassingame began teaching at Yale in 1970 and became professor of African-American Studies, American Studies, and History in 1974.